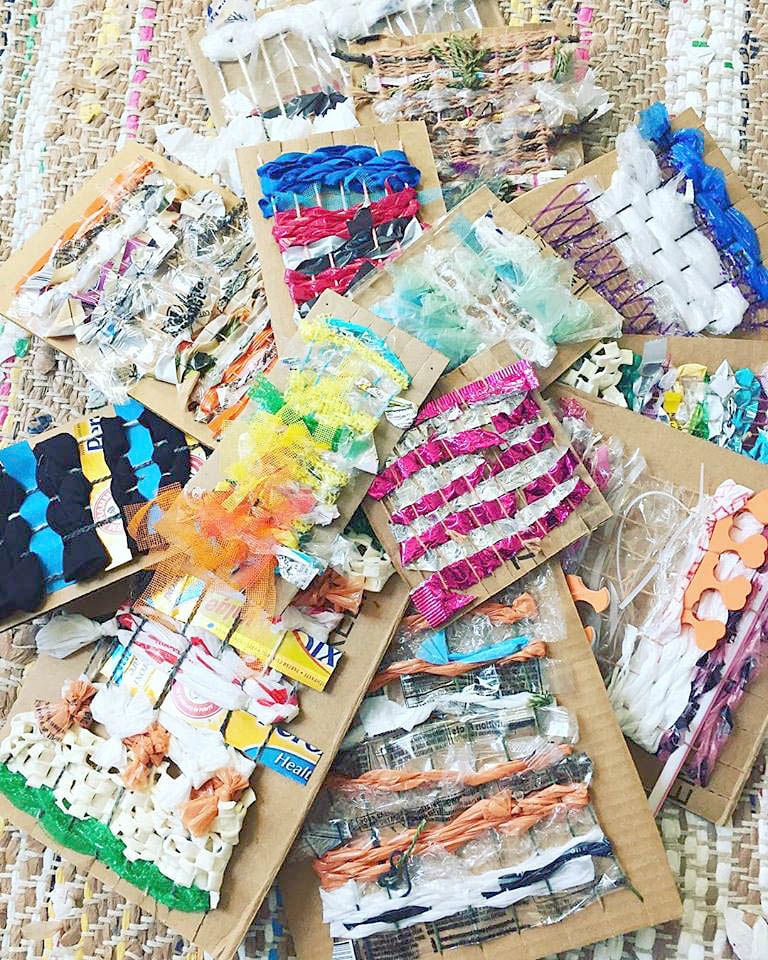 Unlikely Materials: Weaver Abigail Schnure explores the different kinds of materials she can use in her weaving practice and recently has been experimenting with trash weaving. 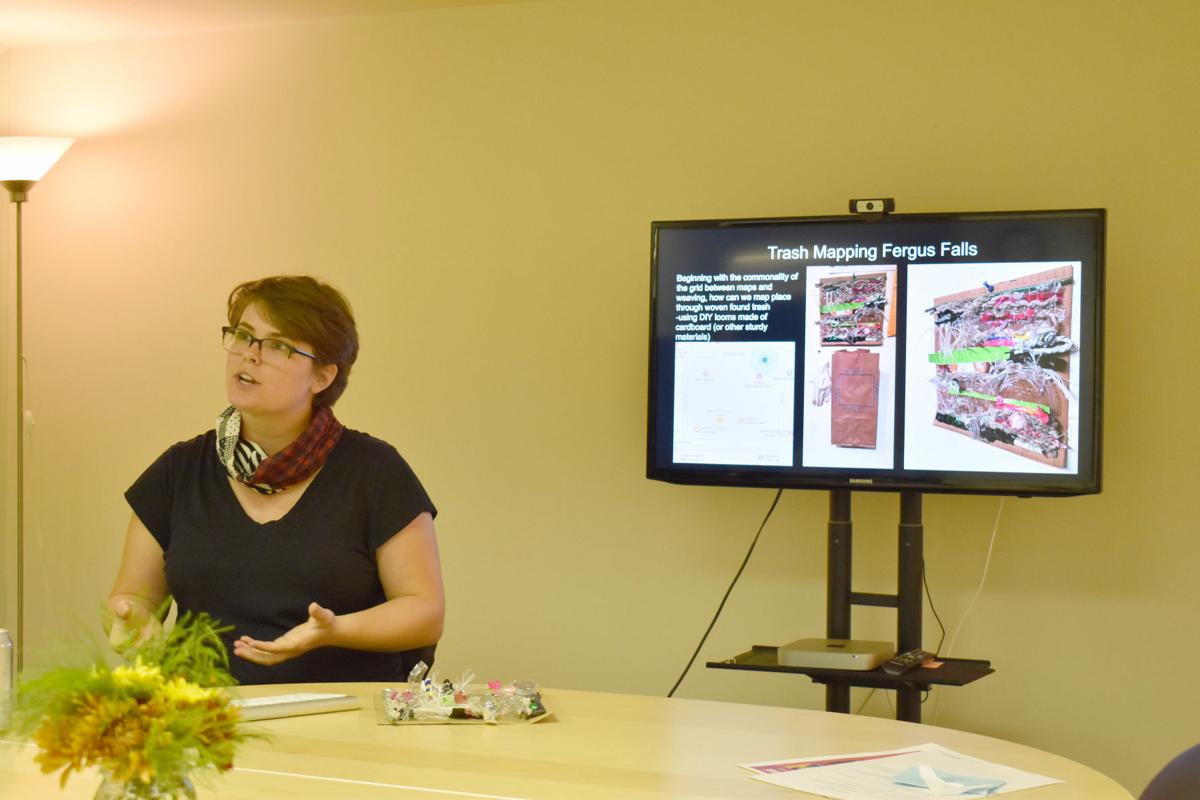 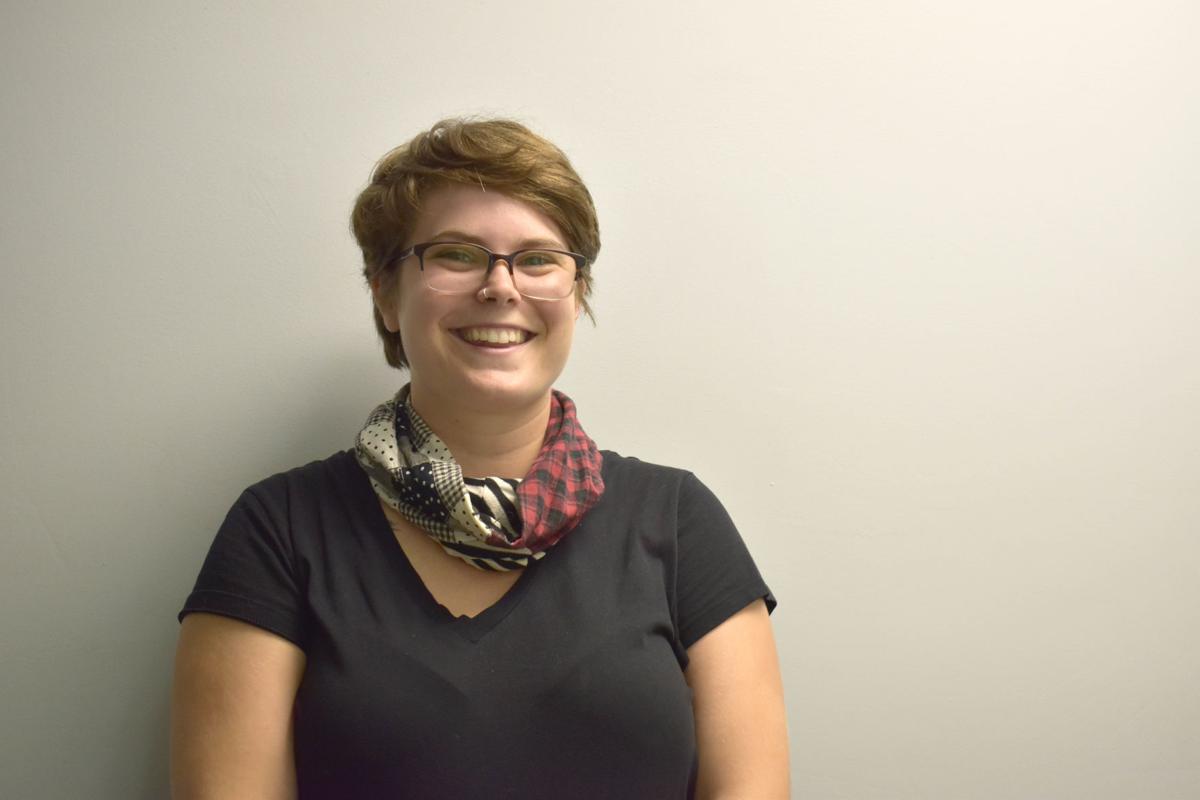 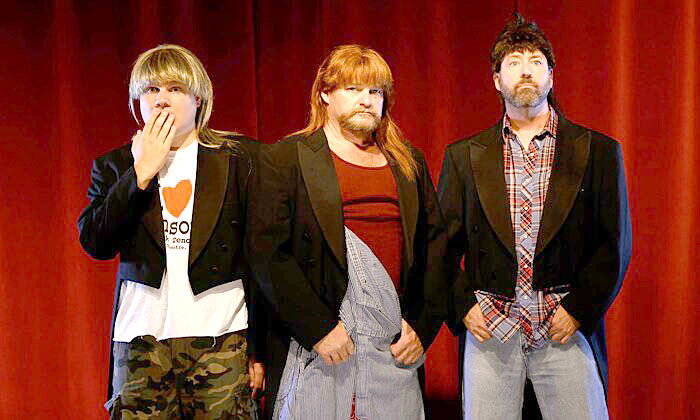 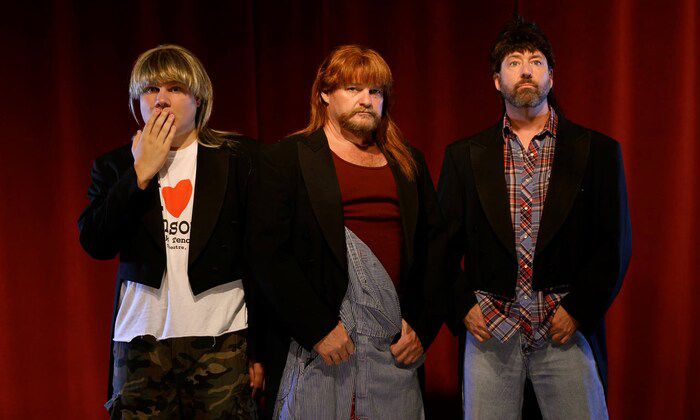 Unlikely Materials: Weaver Abigail Schnure explores the different kinds of materials she can use in her weaving practice and recently has been experimenting with trash weaving.

Abigail Schnure is the newest Hinge Arts artist in residency at Springboard for the Arts and she’s bringing with her lots of unconventional ideas and challenging traditional notions of what art is supposed to look like.

Schnure considers herself a “conceptual weaver” and while she started college believing that fashion was her calling, textiles quickly stole her heart. While industrial textile was a route she could have taken, Schnure was drawn to the artistic side of the trade and created sculptures through weaving. She received her B.F.A. in textile arts from Kent State University in 2016 and since then has been pushing the boundaries of an artform that has manifested in every civilization throughout history: weaving.

From exploring the literal implications of the term “social fabric” to hosting a Weaving Workshop at an antifashion bootcamp, Schnure has broken weaving down into its component parts as a binary system (the warp and the weft) and is experimenting with what can be used to weave outside of traditional materials. Recently, she’s been working garbage. Yes, that’s right: Trash. Litter. Rubbish.

Her dabbling in junk as a weavable material began with her “Trashtopia” project, where she sought to answer the question “What if waste was our only resource?” The result was almost a complete room outfitted in furniture made of scraps: a trashed futon frame restored and fitted with pillows woven with trash and stuffed with plastic, a woven garbage rug and wall hangings made of refuse. It was all very colorful and playful and, Schnure says, the couch was surprisingly comfortable and resilient.

It’s not political for Schnure, though, and it’s not about shame. “It’s all material. It’s so easy to think, ‘It’s just trash and it will disappear as soon as I throw it somewhere,’ but it’s mass, it’s material, it exists and it’s going to keep existing and how can we think about it differently?” she asks. It’s also shown her what kind of garbage seems to pile up the most, for example, candy wrappers, and what can be done about it. “What about the companies who are making the candy? Could they think of different wrappers that could be biodegradable? You know, looking upwards instead of fighting each other.”

While in Fergus Falls, Schnure will be using her garbage weaving techniques to create a small map of Fergus Falls using the garbage she finds in each area with each block represented by the litter that Schnure found there. Of course she can’t do all of Fergus Falls, but she got started with the block where A Center for the Arts and Victor Lundeen Company is located.

This Saturday she’s inviting community members to help her with her project in a community trash weaving event at Springboard for the Arts from noon to 3 p.m. on Saturday, Oct. 12. It starts off with a community trash pick-up around the area followed by documenting, cleaning and processing the litter for weaving. Schnure does have standards for what she’ll pick up: “If it has food I won’t use it because I feel it will attract bugs, or if it’s wet.” She also wears gloves.

Schnure will be in Fergus Falls for two weeks working on her map. There’s no concrete plans for what will happen to the map upon its completion, but residents who went to her meet and greet at Springboard for the Arts believe it should be put on display somewhere as a reminder to be mindful of our waste and to show the kind of trash that is most prevalent in certain neighborhoods. It would give viewers a chance, as the “community trash weaving” event puts it, to, “question patterns and understand the larger systems at play in street trash.”