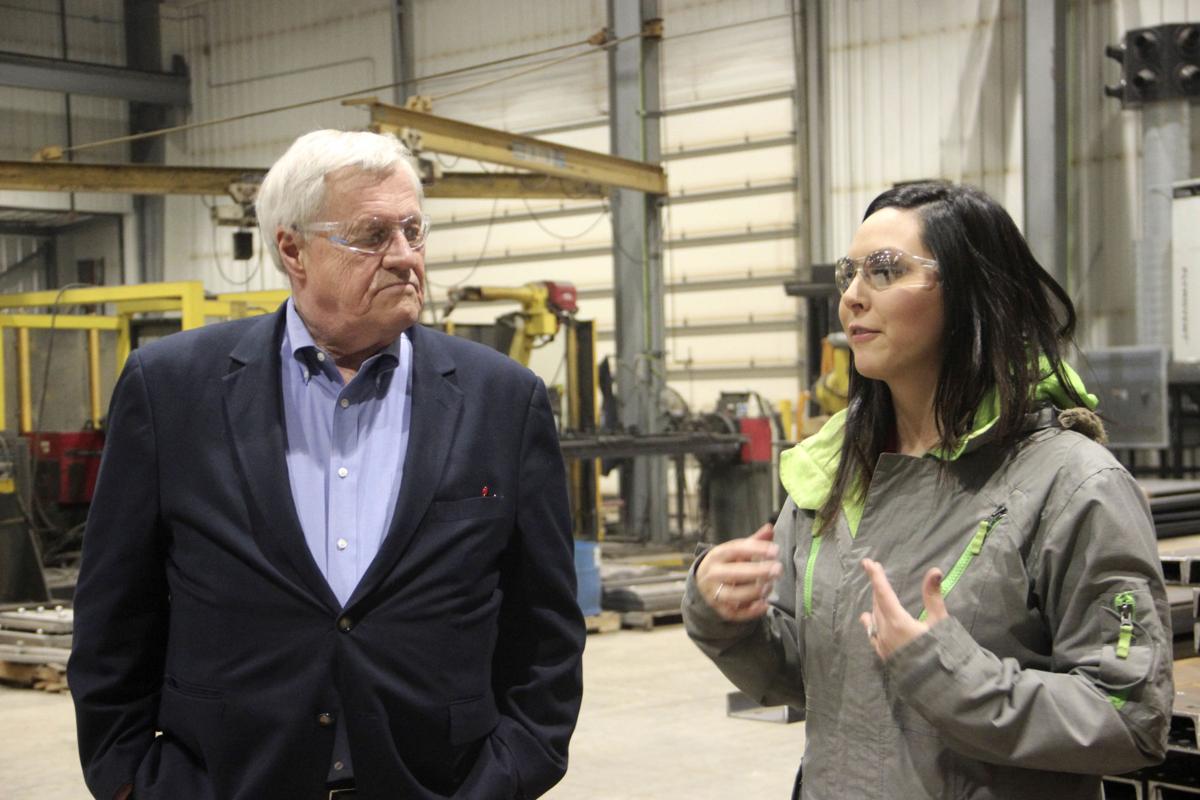 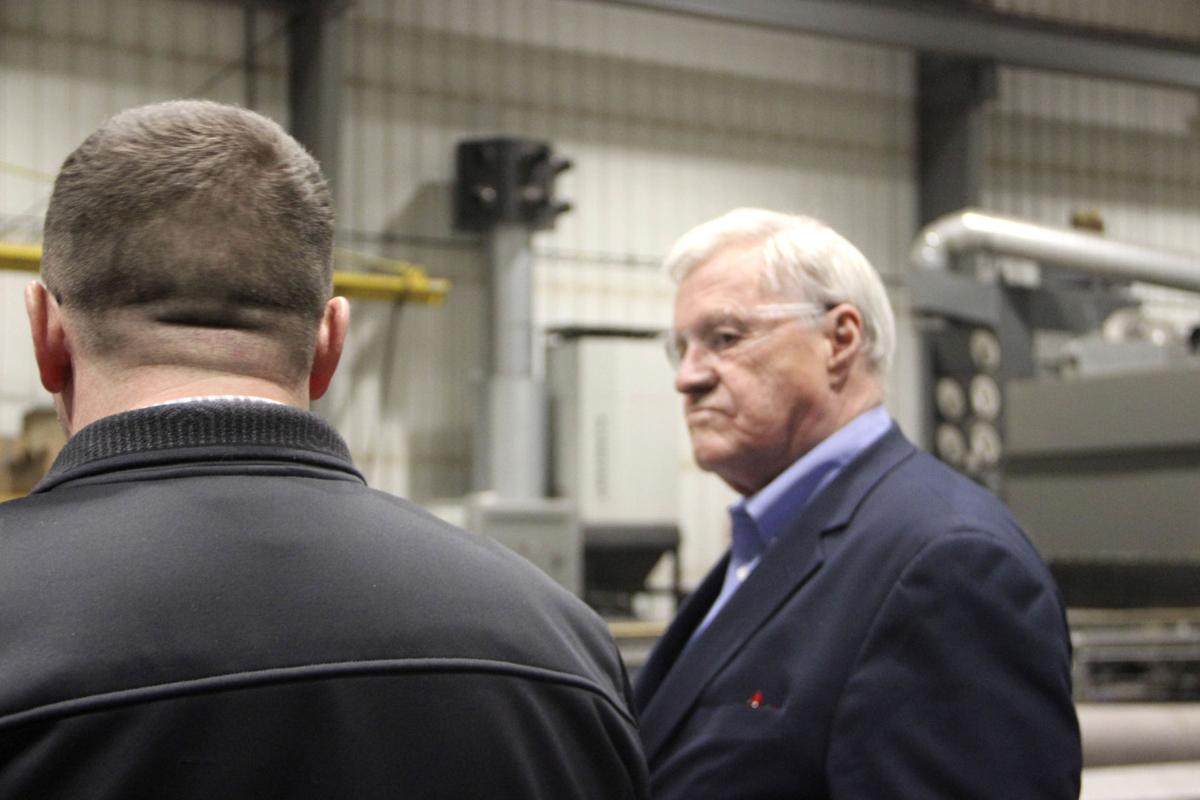 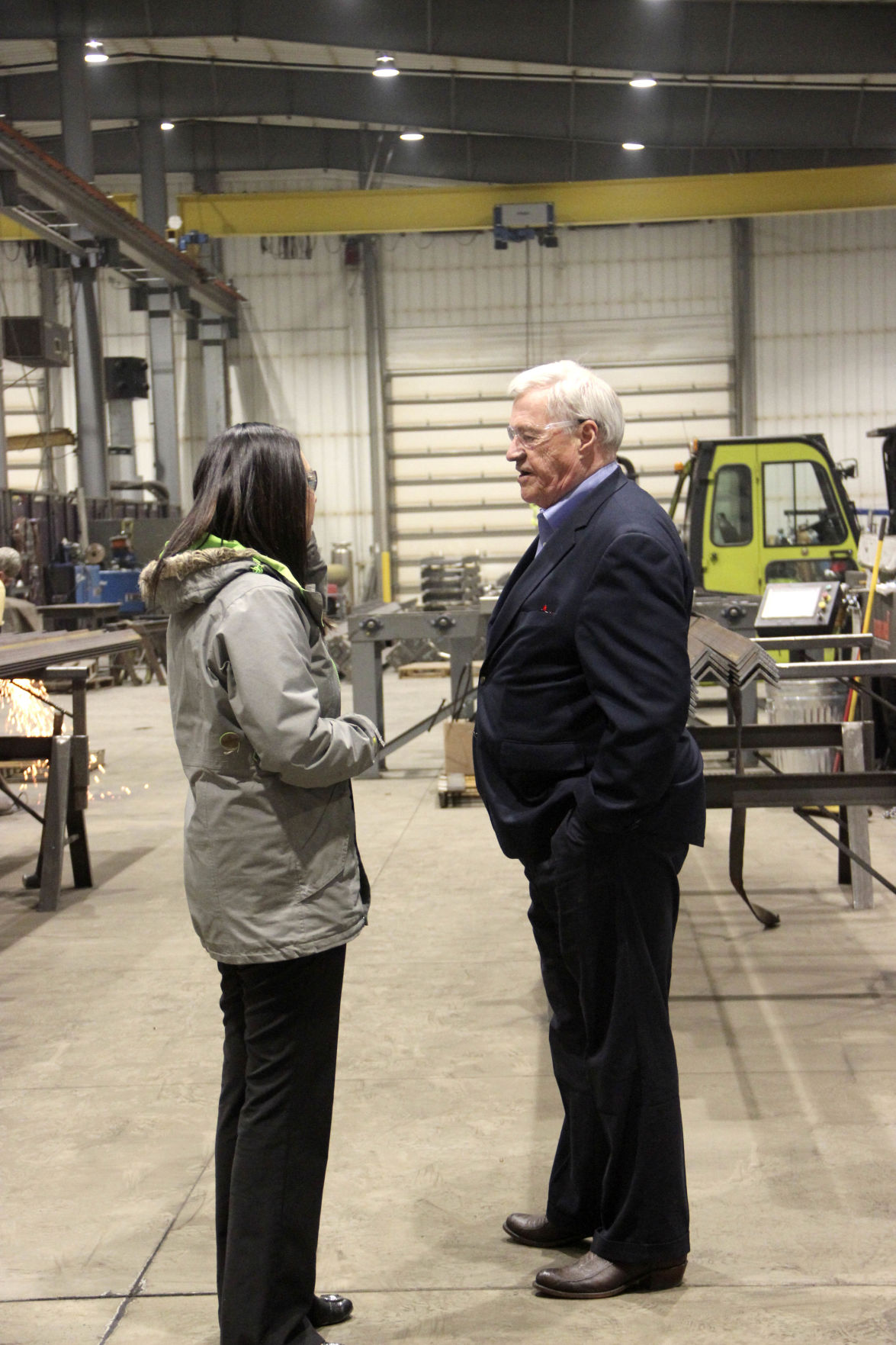 Taking a tour: Peterson talks with Aura Fabricators President and CEO Jasmine Sonmor while on the tour.

Taking a tour: Peterson talks with Aura Fabricators President and CEO Jasmine Sonmor while on the tour.

Peterson started the tour by speaking a bit about programs in schools that teach trade subjects such as the welding Aura Fabricators does. One of the reasons Peterson visited the facility and Fergus Falls was to speak about workforce issues that many trades like welding, are facing along with other small cities.

“Allison wanted me to check it out,” Peterson said as to why he chose Aura Fabricators as a place to tour. “We’ve got young people here, starting a new business, and she was impressed with what they were doing so she wanted to come by. We have a lot of this type of business around my district. There are a lot of good jobs around with business like this.”

Sonmor spoke about the facility and the decision to build in Fergus Falls and adding on to their main facility in Dalton. The Fergus Falls location has been around for about a year and is built on what was previously farmland.

The group toured the facility, looking at the types of welding and metal work that they do. Aura Fabricators produces all of the overhead signs on highways for the state of Minnesota and other Department of Transportation contract projects for neighboring states and Hawaii.

Peterson decided to visit the business because of its innovation and connection to some of the workforce issues developing in communities such as Fergus Falls. In particular not having enough skilled workers and how high school vocational programs could change that.

“Kids come out of school there, some of them get employed immediately,” Peterson said. “Because they’ve gotten the training to run these computers, manufacturing, whatever.”

In talking with companies such as Aura Fabricators Peterson said the number one issue he hears about is lack of skilled employees. He said this should direct the focus of vocational programs in high schools rather than still pushing all students to go to a four-year college. Many rural high schools have integrated welding, woodworking, fabrication and other trade skills into their curriculum. So students graduate with profitable skills.

“It has a lot to do with Amazon and all the online shopping and in the case of Fergus, some people felt it was kind of unfortunate timing,” Peterson said. “We’re going to see what we can to try and help with any type of incentive programs to see if we can get some other businesses.”