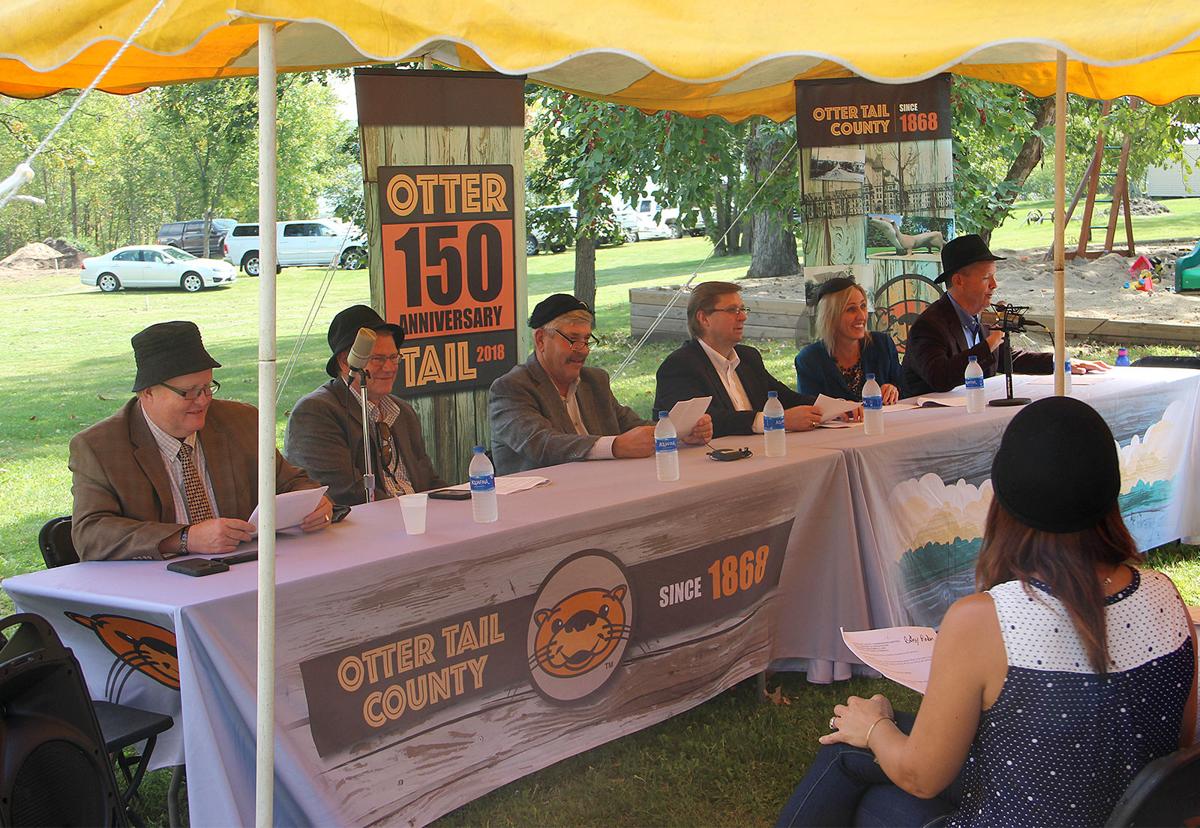 Mock Meeting: A mock commissioners meeting was held outside of the coffeehouse. The presentation showed the county commissioner debating the location of the county seat. 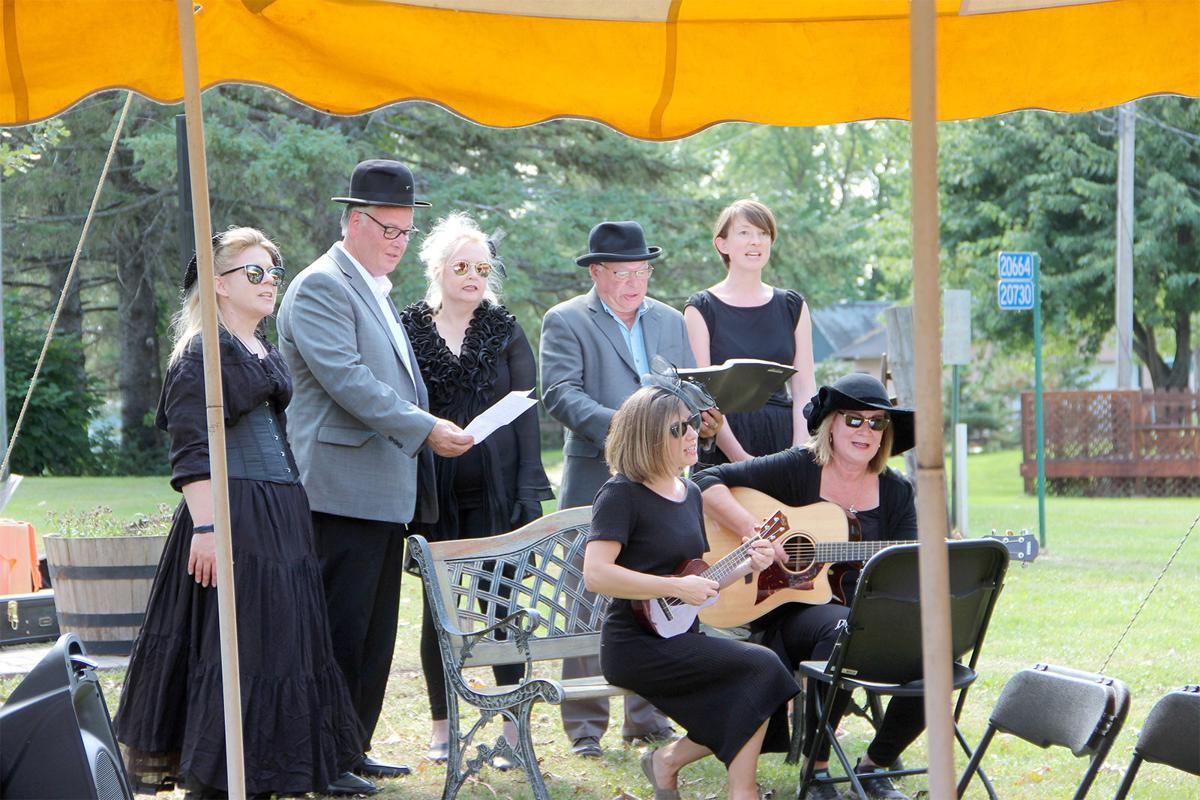 Mock Meeting: A mock commissioners meeting was held outside of the coffeehouse. The presentation showed the county commissioner debating the location of the county seat.

CLITHERALL — Celebrating the history of Otter Tail County, the OTC commissioners and other guests started off this momentous weekend with a Kickoff event at Justice Two Coffeehouse and Eatery in Old Town Clitherall.

Wednesday, Sept. 12 the OTC Board of Commissioners moved their meeting to the old Cutlerite church on the grounds of the coffee house. According to a press release, “This board meeting [was] truly special because the meeting date and location was changed to accommodate the historical location and the exact date of the 150th anniversary.” Next, a Sesquicentennial Proclamation presented by Chris Schuelke, executive director of the OTC Historical Society. Wayne Johnson, chair of the county board, read the proclamation out loud at the meeting.

The proclamation recognized their 150th anniversary of OTC and will be displayed at the OTC Service Center. “It is very rewarding to have the county commissioners actually hold a meeting on a different day than they normally do at this historic site,” Schuelke said, “I don’t know how many other counties would be willing to do that. So for them to be willing to do that, again, is a very gratifying thing for us.”

Asked why he believes it is important to celebrate events such as this anniversary, Schuelke said, “We have to stay connected to our history. Without history, we don’t have any roots. We don’t have any connections.” He added, “There’s a lot of continuity in this area and celebrating that and having that connectedness really brings stability to a place because you are proud of where you came from. You’re proud of your beginnings, your heritage, your history—good and bad.”

“We are situated to go another 150 years with very little problems,” Doug Huebsch, the county commissioner from Perham said. “That’s our job, we’re here to keep making it better for the generations behind us.”

Continuing the festivities, a mock commissioners meeting was held outside of the coffeehouse. Led by Schuelke, the presentation showed the county commissioner debating the location of the county seat. With historical facts and plenty of humor weaved throughout, the show was entertaining for all.

Following the mock meeting, a special sneak peek of “150 Years of Otter Tail County: The Musical!” were presented. The actors sang two songs for the audience that represented the history of OTC. The group even invited county board chair, Wayne Johnson to participate.

Celebrations of OTC’s 150th anniversary will continue into this weekend with four performances of “150 Years of Otter Tail County: The Musical!” throughout the area. Showtimes include—Friday, Sept. 14, Railroad Park in Battle Lake at 6:30 p.m.; Saturday, Sept. 15, City Hall Park in Perham at noon and Sherin Park in Pelican Rapids at 6:30 p.m.; and Sunday, Sept. 16, Gappa Park in Parkers Prairie at noon. The show is put on by Place Base Production and is a historical presentation of OTC. Shows are family-friendly and there is no charge to attend.

For those wondering what to expect from these performances, Ashley Hanson of Place Base Productions said, “Something they haven’t really seen before. It’s outdoors and it’s moving and it’s a sing-along. It’s very interactive, it’s very immersive.” Audience members are encouraged to bring their own chair or blanket to sit on. “Wear walking shoes and be flexible,” Hanson said.

The production has taken much time and effort to put together. “Our process is one of deep research, deep connections, deep story listening and then we write an original musical theater production based on what we learn,” Hanson said. “For us, it’s about civic participation and civic pride. It’s about being proud of where you’re from and feeling like this is a place where things are happening.”

For more information about the upcoming performances and events, visit OtterTail150.com.