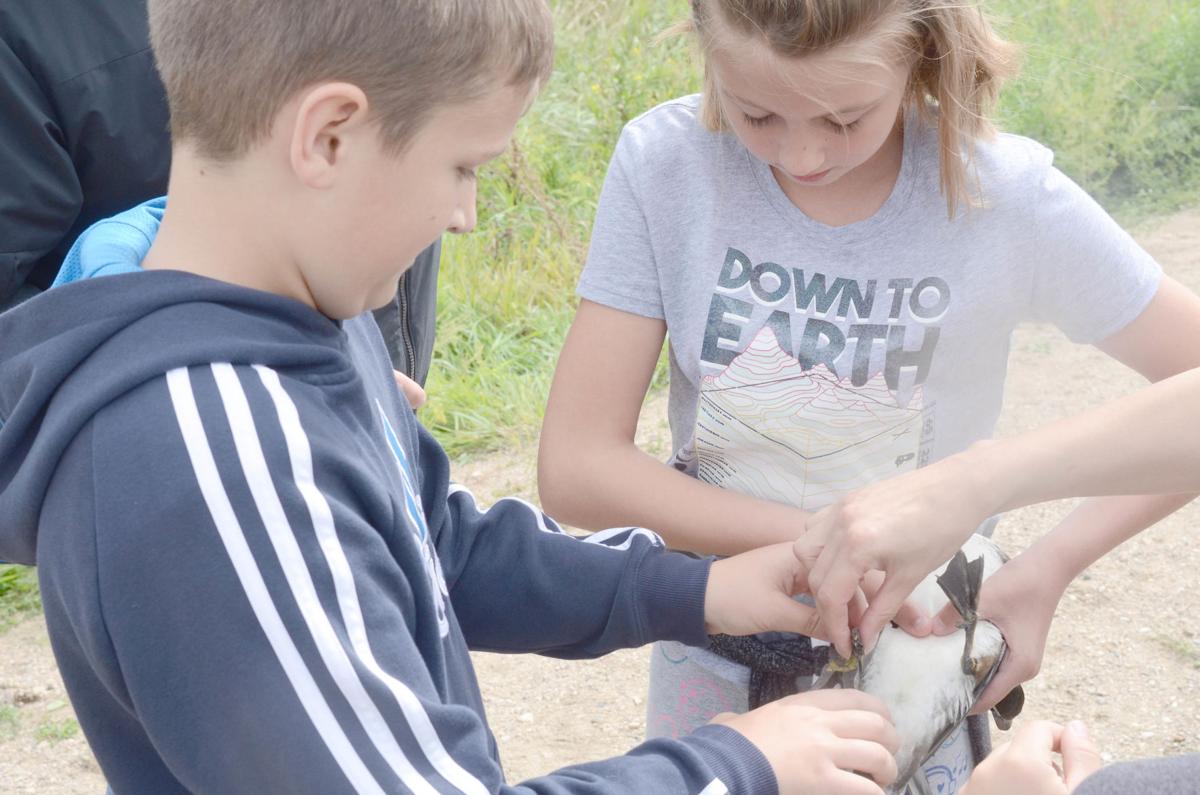 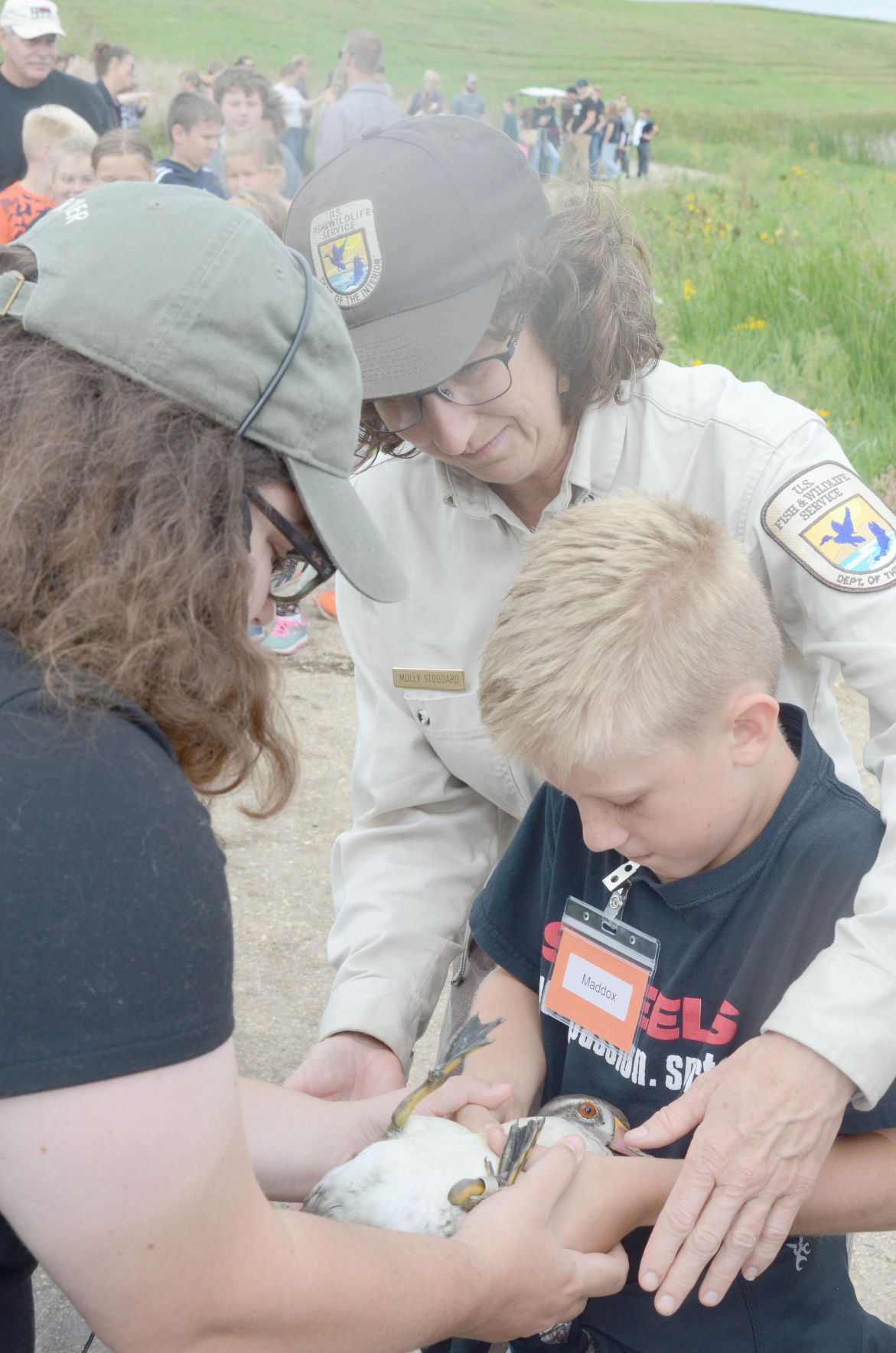 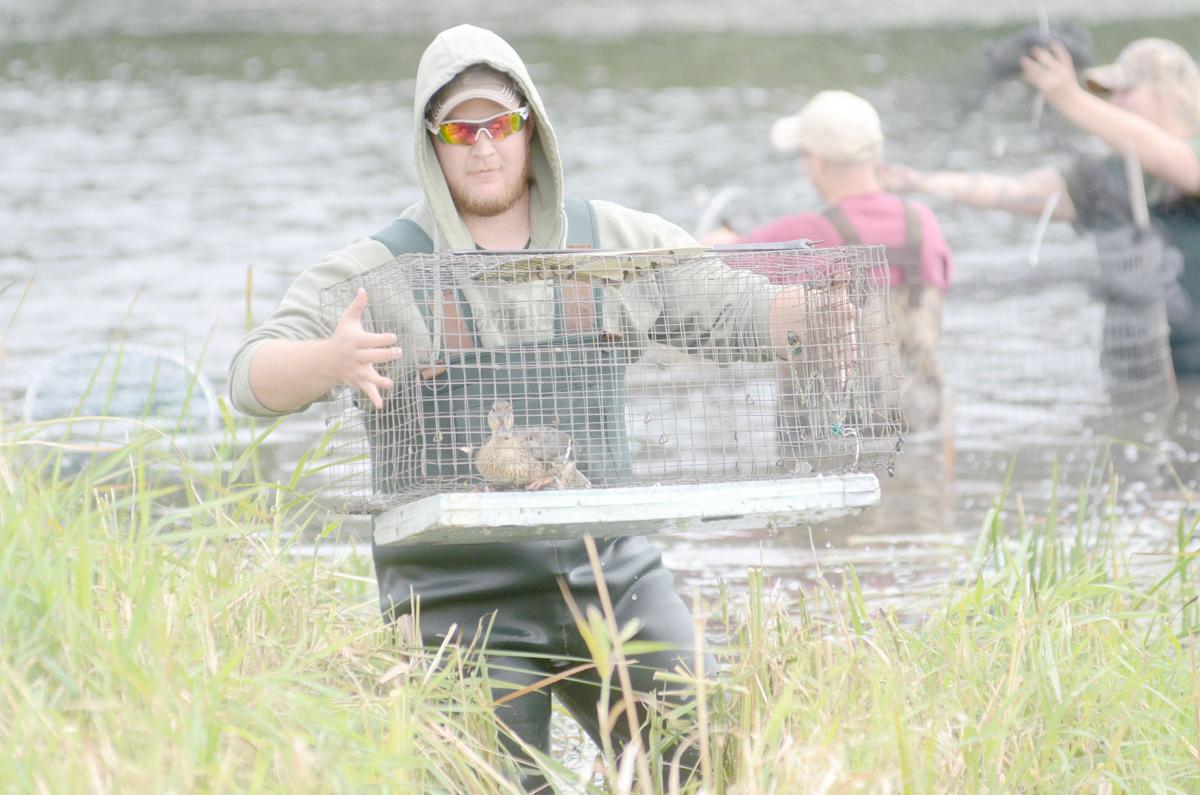 Examination: Chase Beyer brought a caged mallard out of one of the Fish and Wildlife Service sloughs on the Prairie Wetland property. USFWS personnel captured 11 ducks for examination and banding Wednesday using duck traps baited with shell corn. 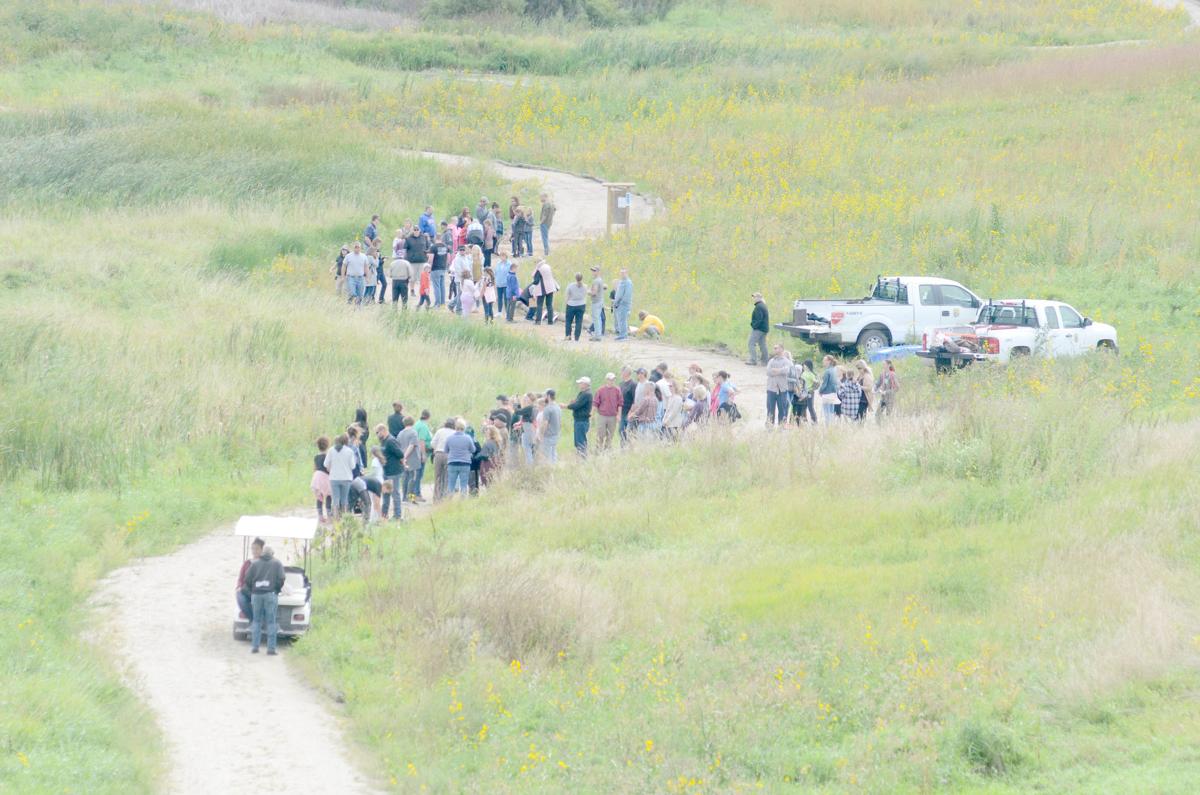 Buy Now
Stay Informed. Subscribe For Only $1.99 Per Week

Examination: Chase Beyer brought a caged mallard out of one of the Fish and Wildlife Service sloughs on the Prairie Wetland property. USFWS personnel captured 11 ducks for examination and banding Wednesday using duck traps baited with shell corn.

The difference was remarkable.

While it was clear that too much talk can bore a fourth-grader, a chance to interact with a mallard hen or a drake wood duck does not.

The Fergus Falls fourth-graders who gathered at the Prairie Wetland Learning Center Wednesday afternoon showed the concentration of tightrope walkers as they went about their task of banding ducks. Gentleness, concern and appreciation for living things was front and center.

Fourth graders are considered the perfect age for the annual duck banding project because of the mental skills and maturity they are beginning to develop.

Family members of the fourth-grade students were also invited for the outdoor classroom exercises. The grandfather of one fourth-grader, decked out in a Ducks Unlimited cap, was all smiles as the students gingerly handled their feathered friends and laughingly gave them names. A wood duck with large eyes was given the handle “Yellow Eyes” for the yellow rim of skin around its pupils.

In addition to placing bands on mallards and wood ducks, the fourth-graders recorded their observations about the duck their group handled as part of their classwork assignment.

Before going down to the slough where the banding work would take place, Molly Stoddard of the U.S. Fish and Wildlife Service (USFWS) showed fourth-graders how the ducks were captured in duck traps — a big cylinder of wire mesh topped with netting to prevent the ducks from flying out of the trap. Small rafts topped with shell corn were placed inside the traps as a lure for the young birds. A guide on one end of the trap brought the hungry waterfowl into the one-way opening.

Once inside the traps, the ducks will dive when approached by humans. With the help of fish landing nets they are retrieved and placed into wire cages.

Stoddard was part of the USFWS team that bagged 11 ducks in the early Wednesday morning hours for the fourth-graders to band. Along with fellow USFWS member Natalie Yates, she showed the fourth-graders how to safely hold the captured birds, carry them and release them back into their slough.

The prairie science classes are taught by Deb Strege and Mona Davis. In addition to prairie science, the kids attending the Prairie Wetland Learning Center get a dose of language arts, social studies, health and art according to Cleveland Elementary Principal Tindy Rund.