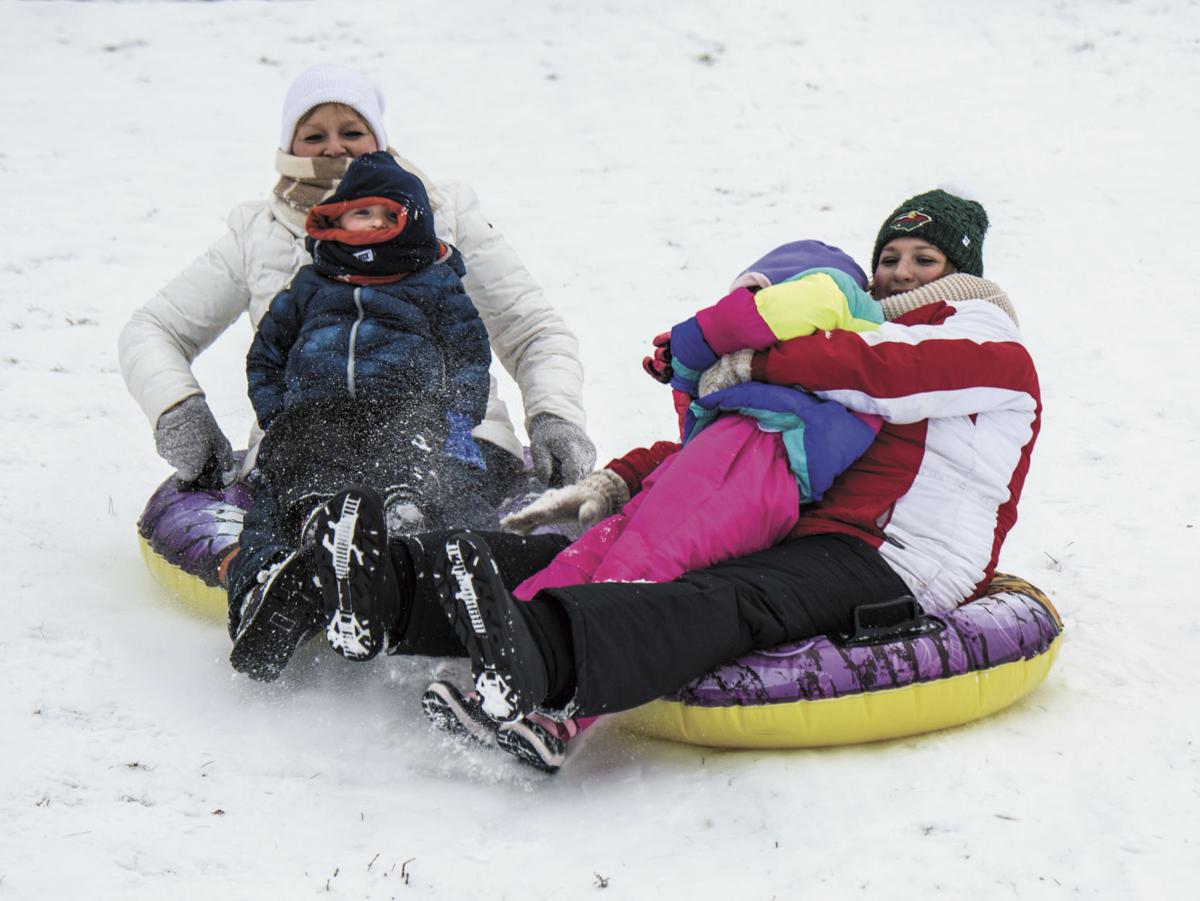 Noah, 3, and Nathalie Schultz, 6, slide down a side hill at Cleveland Elementary School with their grandmother (white coat) and mother Celeste Schultz. 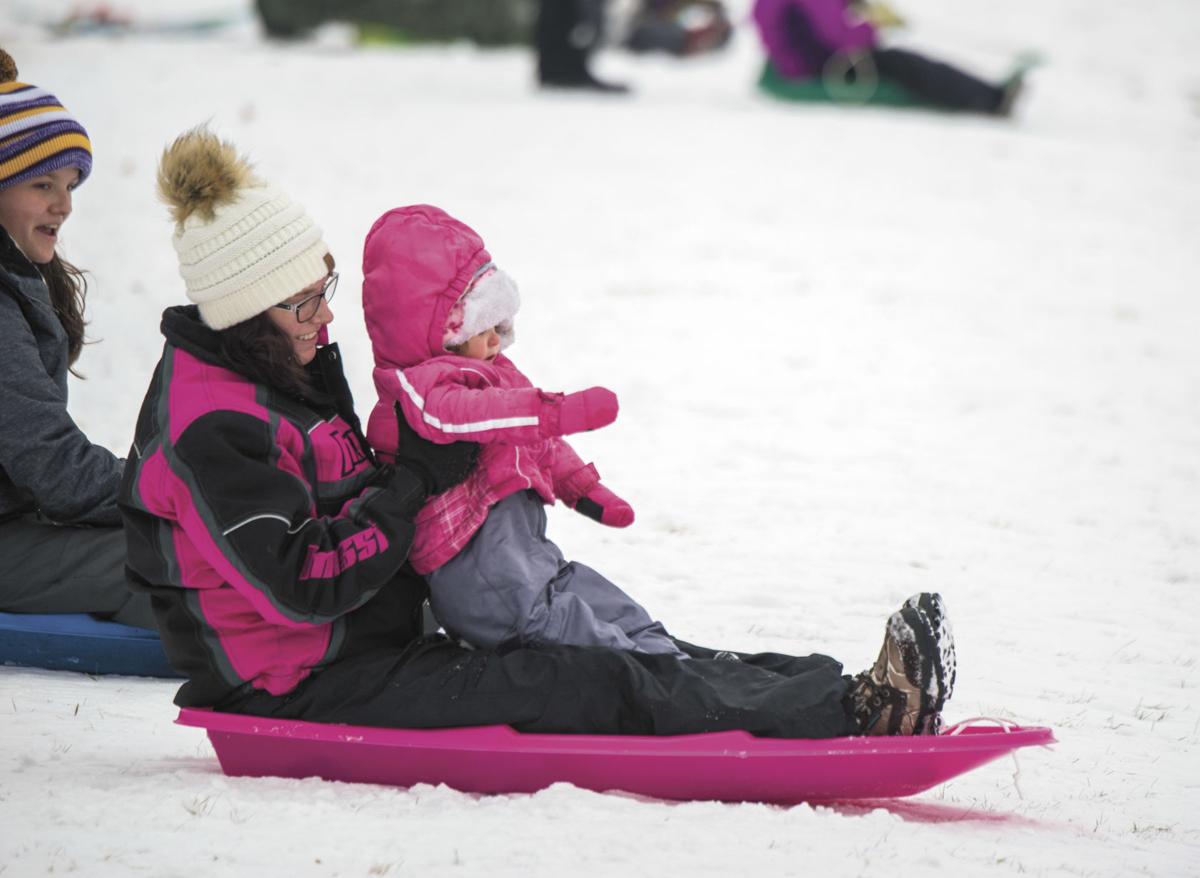 Kolby Obowa, 16-months, prepares for her first ever hill slide with her aunt Brooke Kollman. 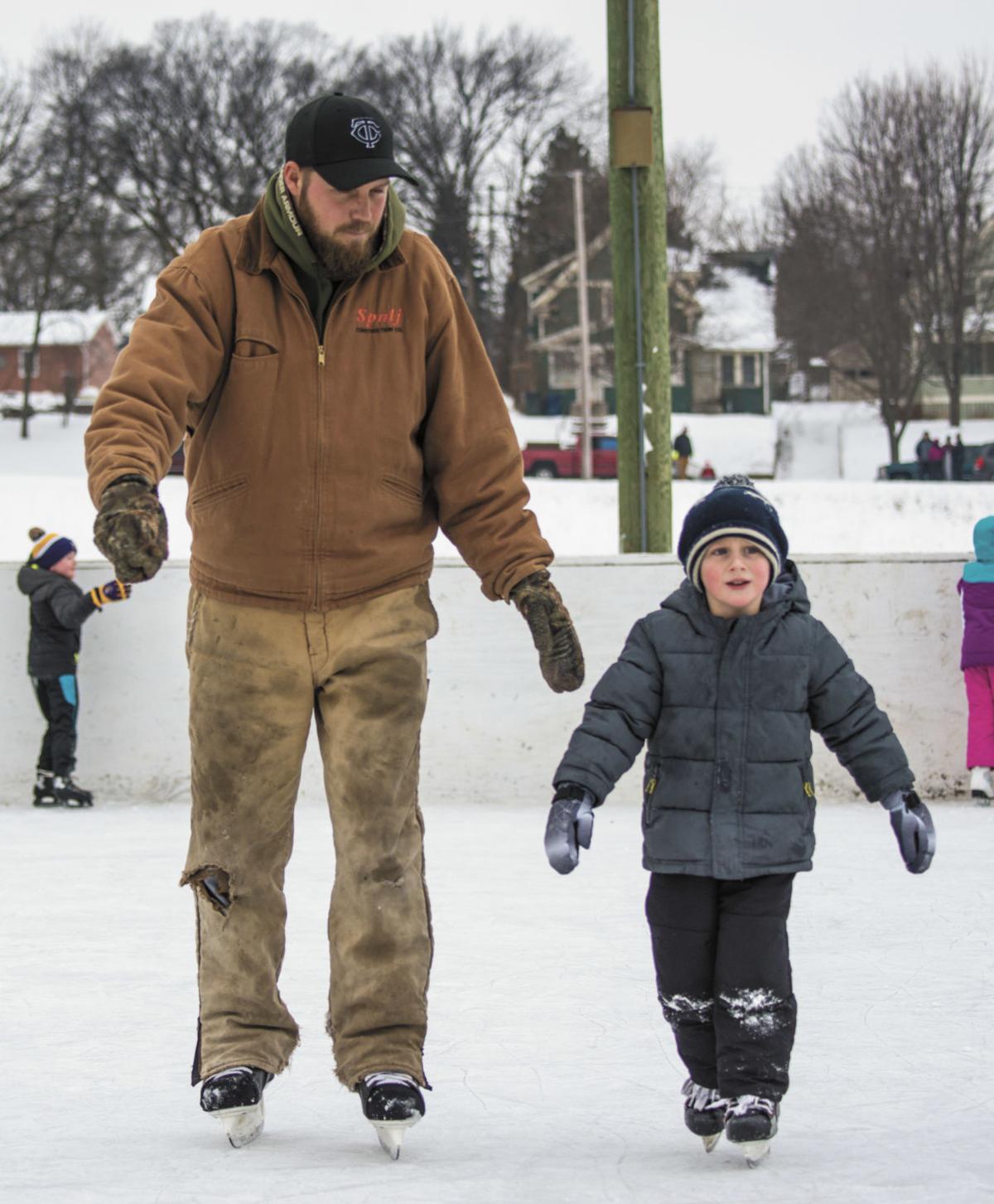 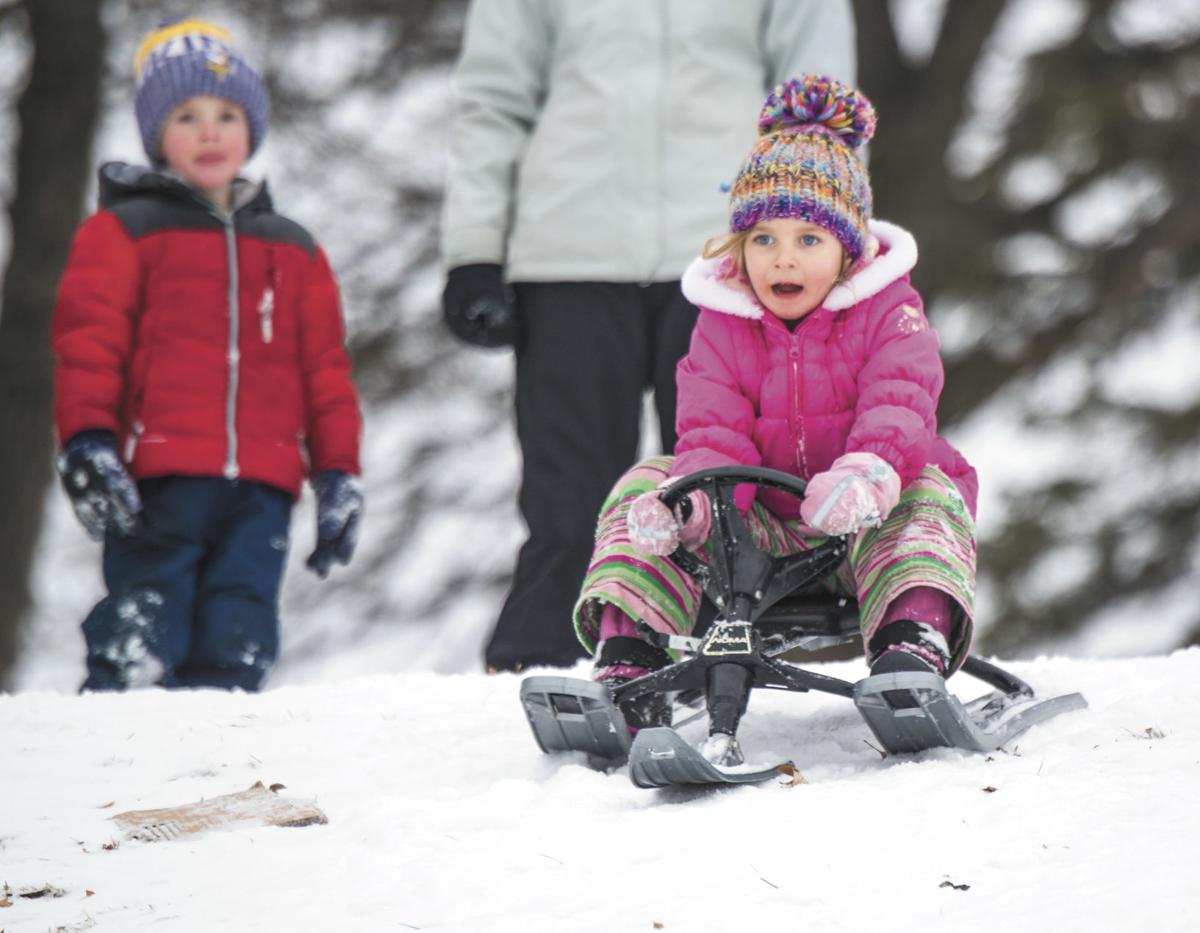 Noah, 3, and Nathalie Schultz, 6, slide down a side hill at Cleveland Elementary School with their grandmother (white coat) and mother Celeste Schultz.

Kolby Obowa, 16-months, prepares for her first ever hill slide with her aunt Brooke Kollman.

On the coldest days, some places in the area can look more like ghost towns than cities. Then the temperature creeps up above zero and it seems the population has tripled in a matter of minutes. Hills are flooded with kids and their sleds, rinks are alive with the sound of freshly sharpened skates carving into the ice.

In Fergus Falls, there are many ways to enjoy the outdoors on those days comfortable enough to be out of the house without traveling far. While there are no mountain slopes, there are plenty of hills perfect for taking a sled down and climbing back up to do it again.

A warm snap that came after weeks of below zero temperatures in early January brought a young man named Ethan Swedberg, 10, to the hill at Cleveland Elementary School with his family.

“I love falling off. Sometimes it’s fun to fall off and try weird stuff,” Swedberg said. He likes to go backward on his sled or try to spin in circles while heading down the hill.

While he loves the thrill of sledding, it’s not his first love during the winter months.

“I like ice fishing. You get to catch fish and I enjoy being outdoors,” Swedberg said.

He’s not alone in his love, with lakes all around the area being spotted with ice houses.

For those ice fishing novices out there, a new Coots Unlimited Community Fish House has opened up on Pelican Lake, just outside of Ashby. In its first season, the ice house has been welcoming anglers of all ages and skill levels to the free-to-use house on the lake that includes all the amenities one could want and six fishing holes. Just a short drive from neighboring communities, it’s an opportunity for everyone to get out on the lake and enjoy the outdoors.

For many community members, enjoying the outdoors is as simple as just walking down to their favorite outdoor ice rink. There are three for residents to choose from: the one on Channing Avenue, one at Cleveland Elementary School and one on Lake Alice.

Fergus Falls resident Zach Skramstad remembers skating at these outdoor rinks when he was growing up. Now, he’s teaching his own son how to skate on those same rinks.

Kason is 5 years old and is spending his first winter on the ice with his dad.

“It’s fun,” Kason said about skating. The outdoor rinks are perfect for him, as his favorite part of winter is the snow.

“We’ve been coming here since Kason’s older sister was his age and she’s 10 now. It’s awesome that we have something like this,” Zach said.

Celeste Schultz brings her two children sledding whenever possible. Nathalie, 6, and Noah, 3, love going down the hills with their mom.