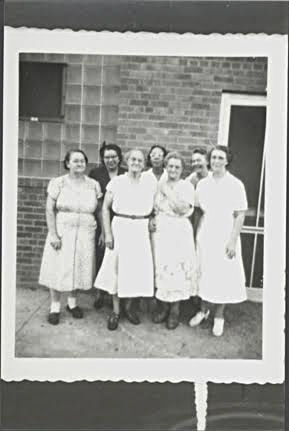 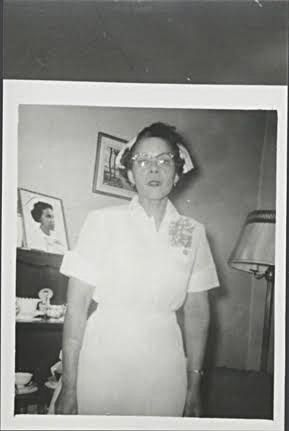 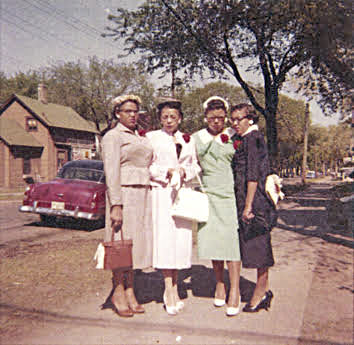 Lorraine with her three daughters, Jo Ann, Nancy and Marilyn on Mother’s Day. 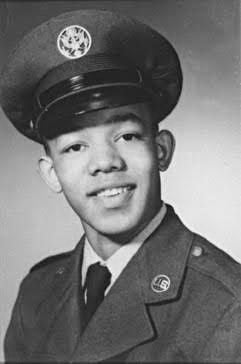 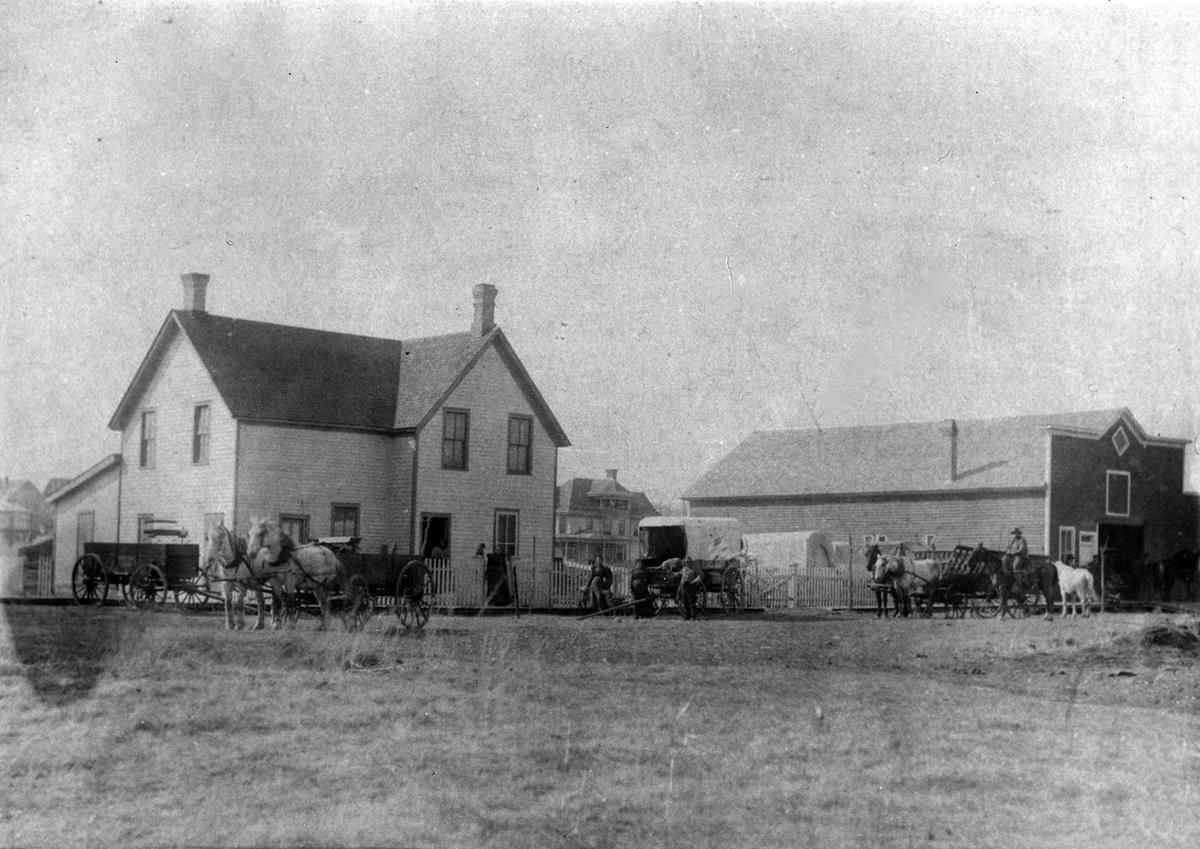 This home and barn belonging to Mariah and Frank Taylor were destroyed in the 1919 Cyclone in Fergus Falls. The historic Webber House, which was moved to Fargo in 1991, can be seen in the background. 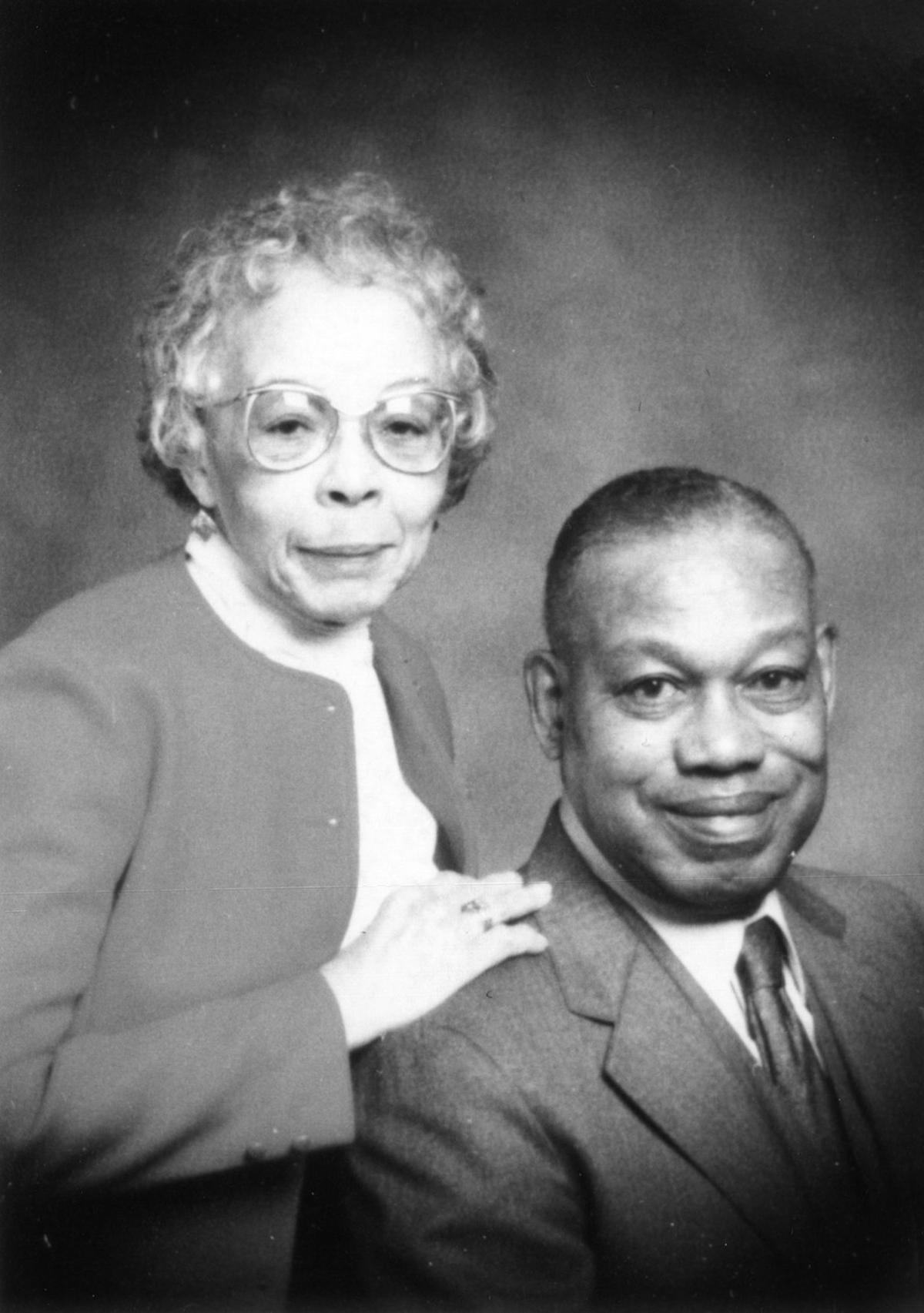 In 1984, Lorraine and David Tate celebrated their 50th wedding anniversary. 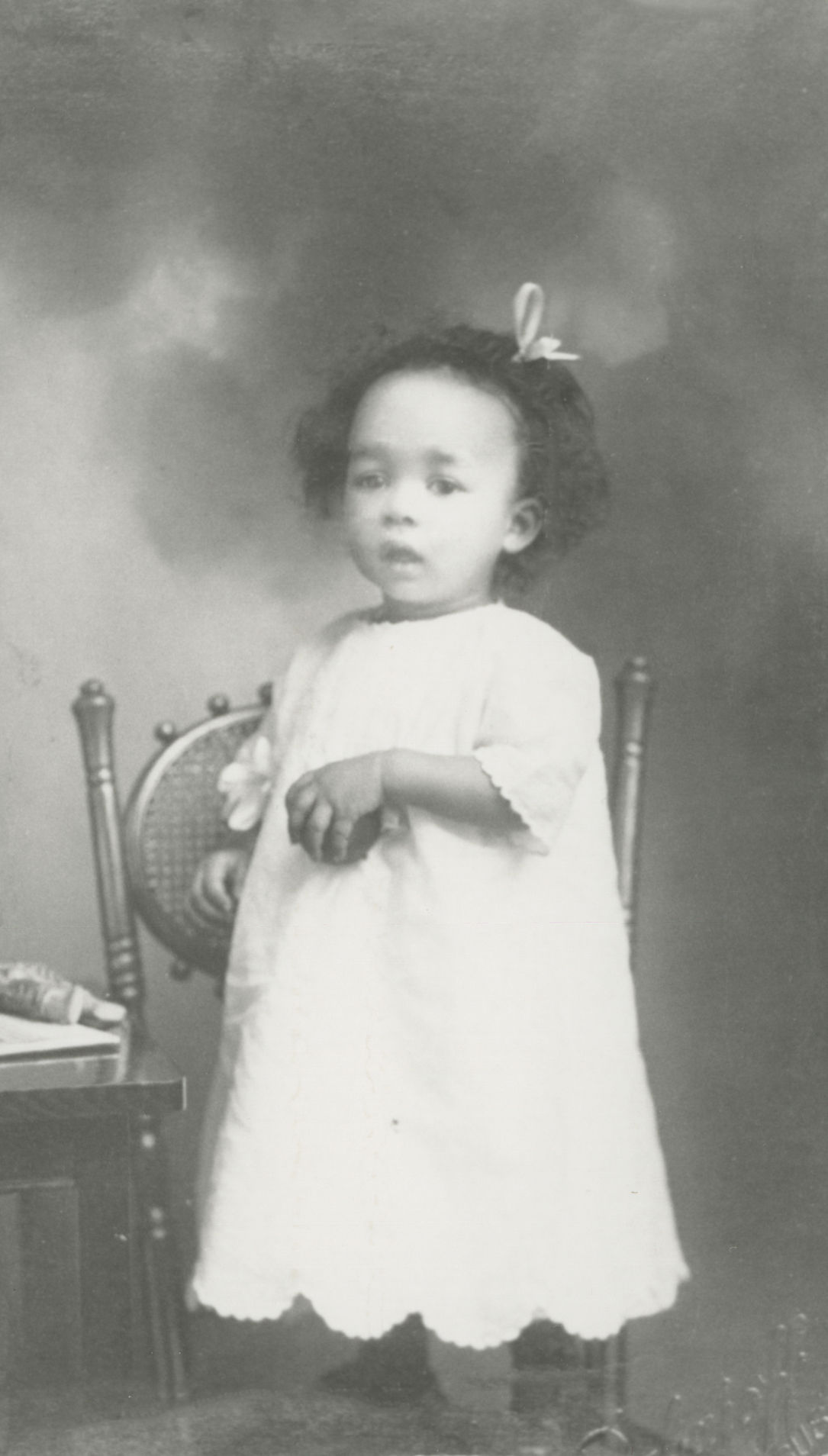 Lorraine as a toddler. 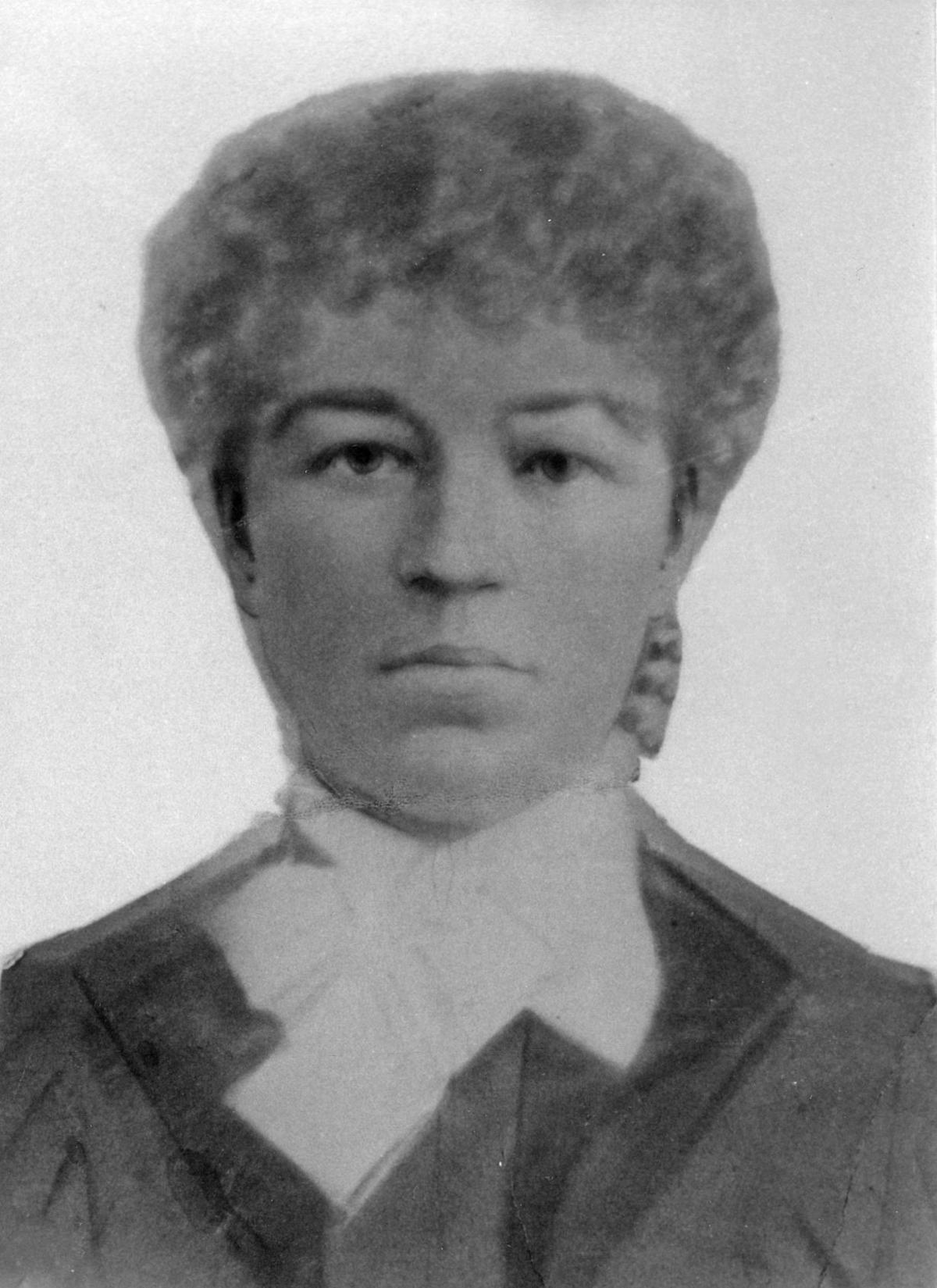 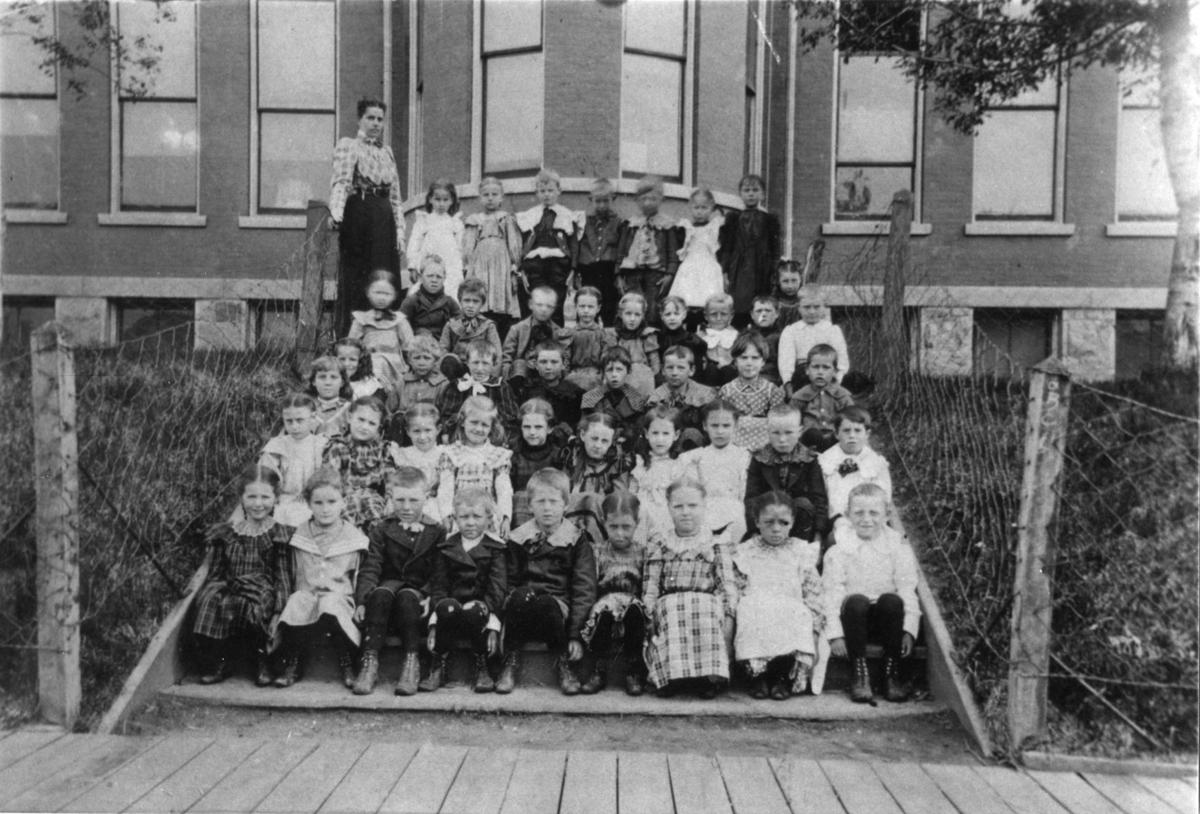 Lorraine with her three daughters, Jo Ann, Nancy and Marilyn on Mother’s Day.

This home and barn belonging to Mariah and Frank Taylor were destroyed in the 1919 Cyclone in Fergus Falls. The historic Webber House, which was moved to Fargo in 1991, can be seen in the background.

In 1984, Lorraine and David Tate celebrated their 50th wedding anniversary.

Lorraine as a toddler.

I truly admire the local ladies from the past that I write about here. Their accomplishments, tenacity and bravery are inspiring and I enjoy receiving feedback from the readers who find their lives as interesting as I do. Until now though, I never had a personal connection to these remarkable women.

Lorraine Crockett Tate is different. I actually had the privilege of meeting her on more than one occasion, in Fergus Falls and Minneapolis. She had a great sense of humor and reminded me of my own grandmother. Lorraine shared her stories and photographs about growing up African-American in Fergus Falls, enriching our knowledge of a history unique to rural Minnesota. Twin Cities Public Television filmed the history of the Tate family for their documentary, North Star: Minnesota’s Black Pioneers.

Lorraine was born in 1916 in Fergus Falls. Like a majority of the AfricanAmericans living in Fergus Falls in the last century, Lorraine’s roots went back to Kentucky where her maternal grandmother, Mariah (Campbell) Taylor, had been born. The Taylor home was at the corner of Vine St. and Stanton Ave., near Service Foods. According to Lorraine, Mariah was a staunch Southern Baptist who abhorred gambling and drinking. When her husband Frank won the home in a craps game and Mariah warned him that no good would come of it. The house was lost in the 1919 Cyclone.

Lorraine’s parents married in 1913 and the Fergus Falls Daily Journal published a writeup of the wedding. Charles and Nellie Crockett’s, “wedding was attended by about 50 invited guests, including quite a number of the leading people of the city.” Charlie Kaddatz gave the couple a wedding cake, “a regular masterpiece…not only a beautiful work of decorative pastry, but there were wedding bells on it that rang automatically.” Longtime residents of Fergus Falls remember her mother as Nellie Williams who worked at the post office.

Lorraine had a long and happy marriage. She married David Tate in 1934 at the Central Baptist Church and their marriage lasted 65 years. The Tates had nine children, six sons and three daughters. They lived at 639 W. Stanton and attended Grace United Methodist Church.

Lorraine and David stressed the importance of hard work and education to their children and modeled it in their own lives. David worked as the Senior Warehouseman at the Fergus Dairy and served as Plant Steward for the Teamsters Union. Lorraine was the first African-American nurse at the Fergus Falls State Hospital where she worked for 30 years. Their children served in the military and attended college here in Fergus Falls and on campuses across the country.

Upon retirement the couple moved down to the Twin Cities. David passed away in 2000 and Lorraine followed him in 2004. The Tate children and grandchildren have maintained their ties to Fergus Falls descendants of the remarkable African-American pioneers who left Kentucky to take up homes in Otter Tail County in 1898.