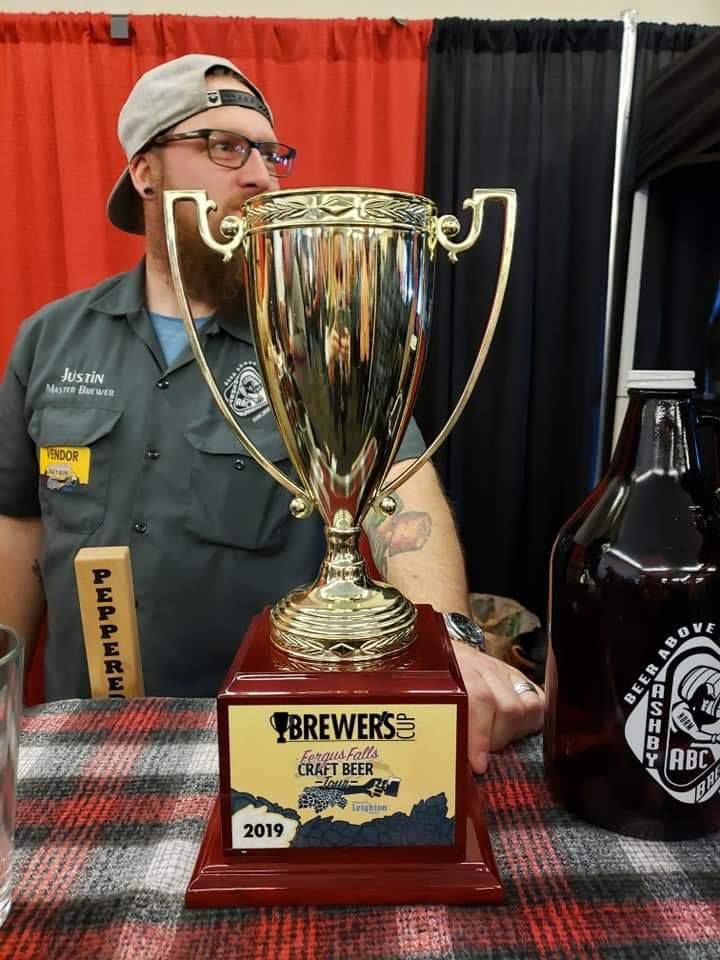 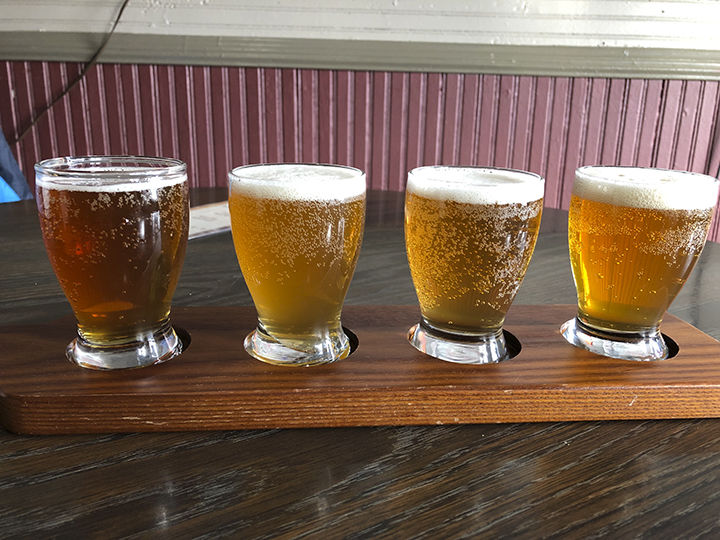 I have been a fan of Ashby Brewing Company’s Harvest AAA Amber ever since it appeared in the tap lineup at The Otter Supper Club in Ottertail. Curious about other beers ABC was turning out, my husband and I endured icy stretches of Highway 78 to Ashby where rumor had it that a great selection could be found at Club 74.

We no sooner seated ourselves at a table when a server appeared to take our order. Happily, Ashby Brewing had five varieties on tap. We wanted a flight, which allowed for four tastes – a great value at $5.00.

AAA Amber (4.8 ABV/25 IBU) pours a rich copper hue that has a smooth and creamy mouth feel, nice and malty, with caramel notes.

The Runestone Man IPA (6.1 ABV/62 IBU) exploded with citrus flavors and just the right amount of hoppiness to distinguish it as an IPA.

Norwegian Blonde (4.9 ABV) with a lower alcohol content and lighter color is ideal for light beer drinkers just getting into crafts. Well rounded and smooth, this refreshing beer is drinkable year round.

Bull Session Pale Ale (5.0 ABV/50 IBU) rounded out our flight. Light in color with plenty of effervescence, this medium bodied ale is robust without over-the-top hops.

We recently ordered the Peppered Pig Farm Porter at the Rusty Nail in Battle Lake. Looks are certainly deceiving with this beer. It pours very dark and appears to be heavy and strong; we found it smooth, satisfyingly chocolatey with a peppery bite at the back of the throat. (ABV 5.2, IBU 23)

The craft brewery is located in a former lumber yard office in downtown Ashby. With plans to add a taproom in the future, growlers are currently available at the brewery. Watch for the sign out front and their Facebook page for the schedule.

Ashby Brewing Company won the 2019 Brewer’s Cup for the Peppered Pig Farm Porter as voted on by the VIP attendees at the Fergus Falls Craft Beer Tour held on March 23 – a well deserved honor.

We were in attendance at the Bigwood Event Center with about 800 other people (attired in “beer fest uniforms” of brewery t-shirts and flannel). What a great inaugural event!

Due to the volume of people there, I’m sure it is on the organizers’ agenda to increase the venue size before the next event. A couple other ideas that occurred to me included:

• Have some stand-up pub tables in the area where the food venders are located. Eating while standing up is inconvenient and messy.

• Print the ballots on a separate page from the brewery/beer list. I was reluctant to tear out a page to vote.

• The backpack swag bags were brilliant! It kept our hands free for all the sampling.

• The number and quality of breweries represented was impressive.

ABV stands for Alcohol By Volume and is usually listed as a percentage. By law in the United States, the ABV must be listed on each beer to give customers an idea about how much alcohol is in each brew.

IBU stands for “International Bitterness Units.” A lighter, lager like beer usually has around 5-10 IBU’s. A more bitter beer like an India Pale Ale (IPA) is more likely to be 50 or above.