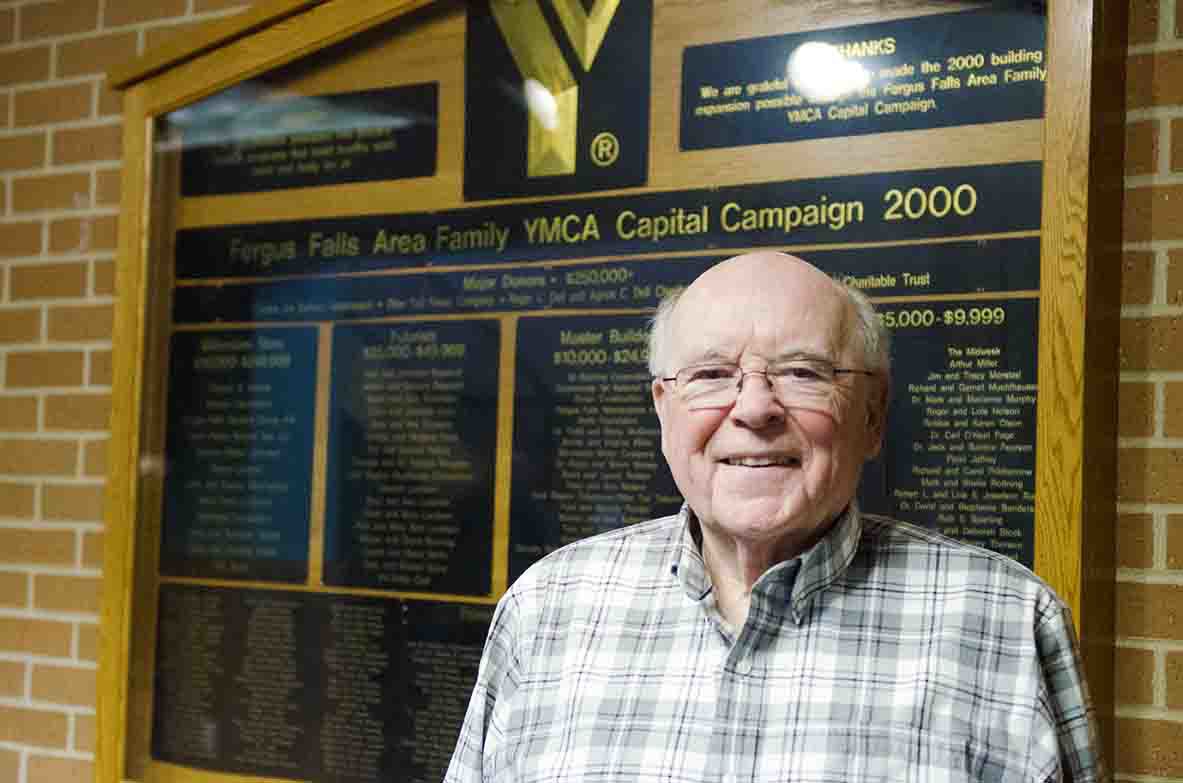 Buzz Lundeen is both a member of the Heritage Club and Legacy Society. He believes by becoming a member of either of these options, the community can help the YMCA flourish and provide services for the next generation. Kaley Sievert/Daily Journal. 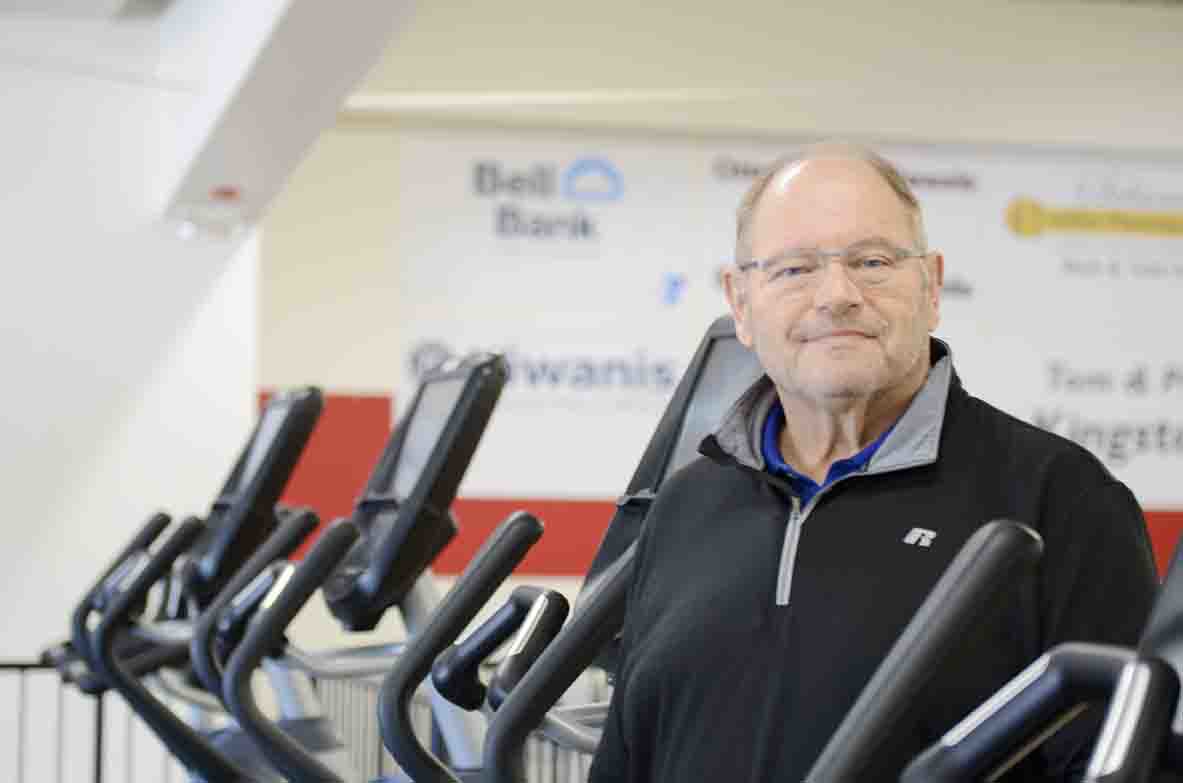 Dennis Schatz is a member of the Legacy Society. He has used the YMCA for 45 years, starting in Fargo when he was about 11 years old. He felt the Legacy Society was the best way for him to give back to the Y. Kaley Sievert/Daily Journal.

Buzz Lundeen is both a member of the Heritage Club and Legacy Society. He believes by becoming a member of either of these options, the community can help the YMCA flourish and provide services for the next generation. Kaley Sievert/Daily Journal.

Dennis Schatz is a member of the Legacy Society. He has used the YMCA for 45 years, starting in Fargo when he was about 11 years old. He felt the Legacy Society was the best way for him to give back to the Y. Kaley Sievert/Daily Journal.

Buzz Lundeen is both a member of the Fergus Falls Area Family YMCA Heritage Club and Legacy Society. Lundeen believes that the Y is a valuable asset to this community and he wanted to give back to an organization that has done so much for him and will do more for future generations.

“By donating to the Y Foundation, by becoming a member of the Heritage Club or by leaving a Legacy gift, we can help the Y flourish by providing services to the next generation,” Lundeen said.

Ever since Lundeen returned to Fergus Falls to enter his family owned and operated business, Victor Lundeen Company, he has used the Y in many ways.

“I participated in racquetball and utilize the walking track and I continue to enjoy the meeting spaces the Y provides to the community,” Lundeen said.

The executive director of the YMCA, Dennis Lipp, said in 2009, volunteers set up the YMCA foundation to gather gifts and donations in order to create an endowment fund. The growth of this fund is to allow the foundation board to give back to the YMCA in a variety of ways. Lundeen represents the two ways the community can show support for the endowment fund.

To join the Heritage Club, a person provides a $3,000 gift to the foundation endowment fund and they remain as a permanent asset to the YMCA. The Legacy Society recognizes people who left YMCA in their will or estate plan, or any kind of long-term vehicle according to Lipp.

Dennis Schatz is a member of the Legacy Society. He is retired now, but was a teacher for 25 years and since 2001 was with Coldwell Bank and Real Estate. He put the Y in his will, because it has played a large part in his life.

“I have used the YMCA for 45 years, since I was about 11 years old,” Schatz said. “In Fargo is when I first started and I felt through my will, it was a perfect way to give back to the Y for all the Y has given me over the years.”

Now Schatz utilizes the Y when he can, to stay fit and for its social benefits.

“The Y is more like a family,” Schatz said. “You can choose to use it anyway you want. I have always thought it had a deeper involvement with members than just a regular health club.”

As donations for the endowment fund are collected, Lipp said the increasing interest will allow the foundation to support the YMCA by providing financial help for program expansions, facility expansions, scholarships or for anything the community and the Y could partner in. Lipp said the foundation is up to about $250,000 now and is currently giving gifts.

“In 2017 the foundation made its first gift to the YMCA and in 2018 they made their second gift,” Lipp said. “They are starting to do what they set out to do.”

This year, Lipp said the foundation gave the Y $6,600 this year to help with facility projects.

“One project will either include some renovations to the community room, including new carpet or an exterior electronic sign – we would like to replace the old dilapidated wood sign,” Lipp said. “Both of these projects cost more than the donation, but we will see what we can do to collect more funds.”

In 2017, the foundation gave $3,000 to help buy new equipment for the interactive learning center and a new automatic external defibrillator.

The YMCA is not the only nonprofit to set up an endowment fund. It’s pretty common for nonprofits to do this to plan for future needs.

“We don’t know what the future will be and what the community needs will be and we hope people who love the Y and spent time there will think about leaving the Y in their will as they do with their family, church or other things that have become an important part of their life to them,” LIpp said.

Schatz, who has been on the YMCA Foundation Board and General Board said the foundation is a way to ensure the longevity of the Y. Memberships provide only a limited portion to the facility’s ability to pay expenses.

“As time goes on, we want to make sure that the Y continues to be successful in Fergus Falls, because I think the Y enhances our community,” Schatz said.

Families and individuals, young and old, utilize the facility said Schatz. The foundation was set up to make sure the facility’s legacy survives. Through his membership in the Legacy Society, Schatz can ensure he helps the future of the YMCA and its members.

Lundeen said by giving to the YMCA, anyone can make a difference for the facility and its members.

“The Y is a way of life for many people in our community,” Lundeen said. “The Y is a lifeblood of the community.”