Ducks on the pond: Ringbill ducks will be in the bag of some waterfowl hunters this weekend when the 2019 waterfowl season begins. 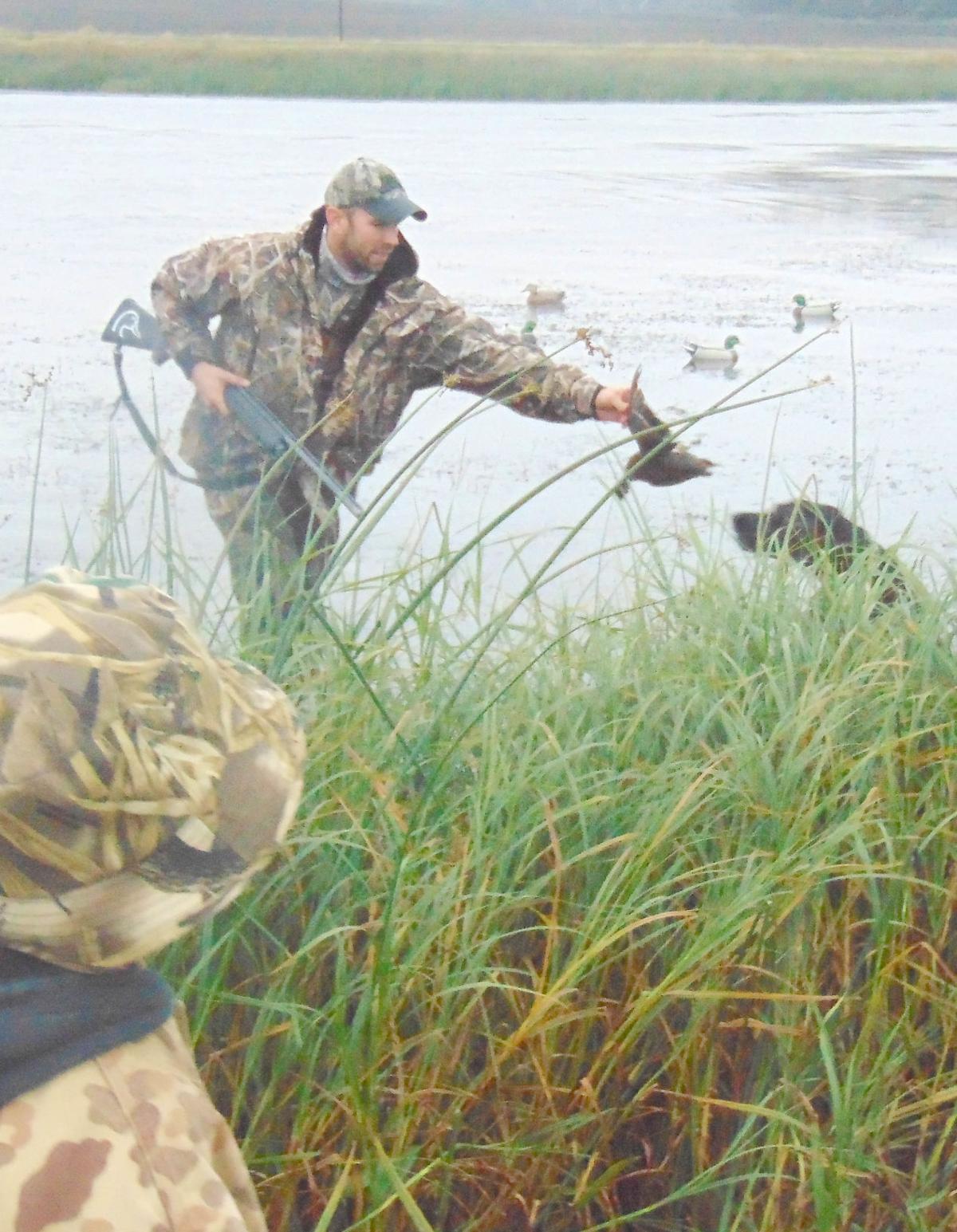 Getting started: Dogs, ducks, decoys, shotguns and hunters of all ages will get together Saturday for the start of the waterfowl season. Habitat conditions for waterfowl are considered very good this year.

Ducks on the pond: Ringbill ducks will be in the bag of some waterfowl hunters this weekend when the 2019 waterfowl season begins.

Getting started: Dogs, ducks, decoys, shotguns and hunters of all ages will get together Saturday for the start of the waterfowl season. Habitat conditions for waterfowl are considered very good this year.

The late Thomas O. Nelson of Fergus Falls, a trustee emeritus of Ducks Unlimited, once related the story to a Daily Journal scribe about the first duck he ever shot.

Nelson was grinning as he recalled the memory. He was just a kid hunting near Fergus Falls when he saw a duck in a pond. Taking aim, he “shot it on the pot.” In other words, he shot it on the water. Not the most sporting way of hunting but a fairly efficient one.

Having shot his very first duck, Nelson was thrilled beyond words. It may be a fact that some people never forget their first crush but for duck hunters it is different – for them it is their first duck.

It was only logical that Nelson wanted to bring that duck home with him but he had a few problems to work out. It was October, he did not have a retriever or a boat and he was all alone. Nelson was a good swimmer – he got the duck – but he got very wet in the process.

Those who understand why Nelson swam after that duck have a fighting chance at understanding what makes a swivel-neck (an accurate if not complimentary term) tick.

The 2019 waterfowl hunt begins Saturday and it is a good bet there will be a fair share of the same excitement young Tommy Nelson felt as it approaches. One-half hour before sunrise – 6:29 a.m. – the legal shooting time begins and many residents will awaken to the sound of gunfire.

Fergus Falls Department of Natural Resources wildlife manager, Mike Oehler said Thursday he has been seeing ducks and duck broods. Habitat conditions are good but Oehler suspects the opening weekend success for hunters will be spotty.

“If you’ve been outside you know the wetlands are wet,” Oehler said. “The bottom line is that some people will do well and some will do real poorly.”

While Oehler is not giving odds, he suspects the hunters who do their scouting and have permission to hunt the hotspots will do the best.

“People who do their scouting are going to knock it out of the park,” Oehler said.

Mallards, wood ducks and blue-winged teal are the ducks most commonly found in opening weekend bags. Both field hunting and hunting over water-set decoys offer the possibilities of a good shoot.

The September sunrise opener which replaced the long-observed noon opener on the Saturday closest to Oct. 1, has led to the harvest of more local waterfowl.

“It allows people to take advantage of a lot of locally raised birds that have never seen a decoy,” Oehler said.

There are pitfalls to the first weekend that some hunters always succumb to – not having their hunting licenses along with them, not having their duck stamps signed, mixing illegal lead shotgun loads with their legal steel loads, not having a plug in their gun and opening up before legal shooting hours. Hunters who “have their ducks in a row” will avoid citations.

“We’re continuing to see favorable counts of breeding ducks in Minnesota and North America so we hope hunters enjoy what’s shaping up to be a great season,” said Steve Cordts, Department of Natural Resources waterfowl specialist.

This past spring, biologists estimated the total breeding duck population in Minnesota at 14% above the long-term average and nearly identical to last year’s estimate of 693,000 ducks.

The estimated number of wetlands was 19% higher than last year and 23% above the long-term average, reflecting the wet year. Wetland numbers can vary greatly based on annual precipitation.

The duck season structure is similar to recent years. Waterfowl seasons are based on a federal framework that applies to all states in the Mississippi flyway.

Duck season will be open for 60 days in each of the three waterfowl zones:

The DNR will post a weekly waterfowl migration report each week during the duck season. The reports are typically posted on Thursday afternoon on the waterfowl hunting page.

Minnesota’s goose season will reopen in conjunction with the duck season statewide on Sept. 21, with a bag limit of three dark geese per day the entire season. Dark geese include Canada geese, white-fronted geese and brant geese. The daily bag limit for light geese is 20. Light geese include snow, blue and Ross’s geese.

The spring estimate for Canada geese was 110,000 birds, down 32% from last year’s estimate; however, reproduction during the spring and summer affects how many birds hunters see in the fall. Reproduction was good this year, so there are still plenty of geese around for hunters.

The Minnesota Department of Natural Resources contributed to this story.