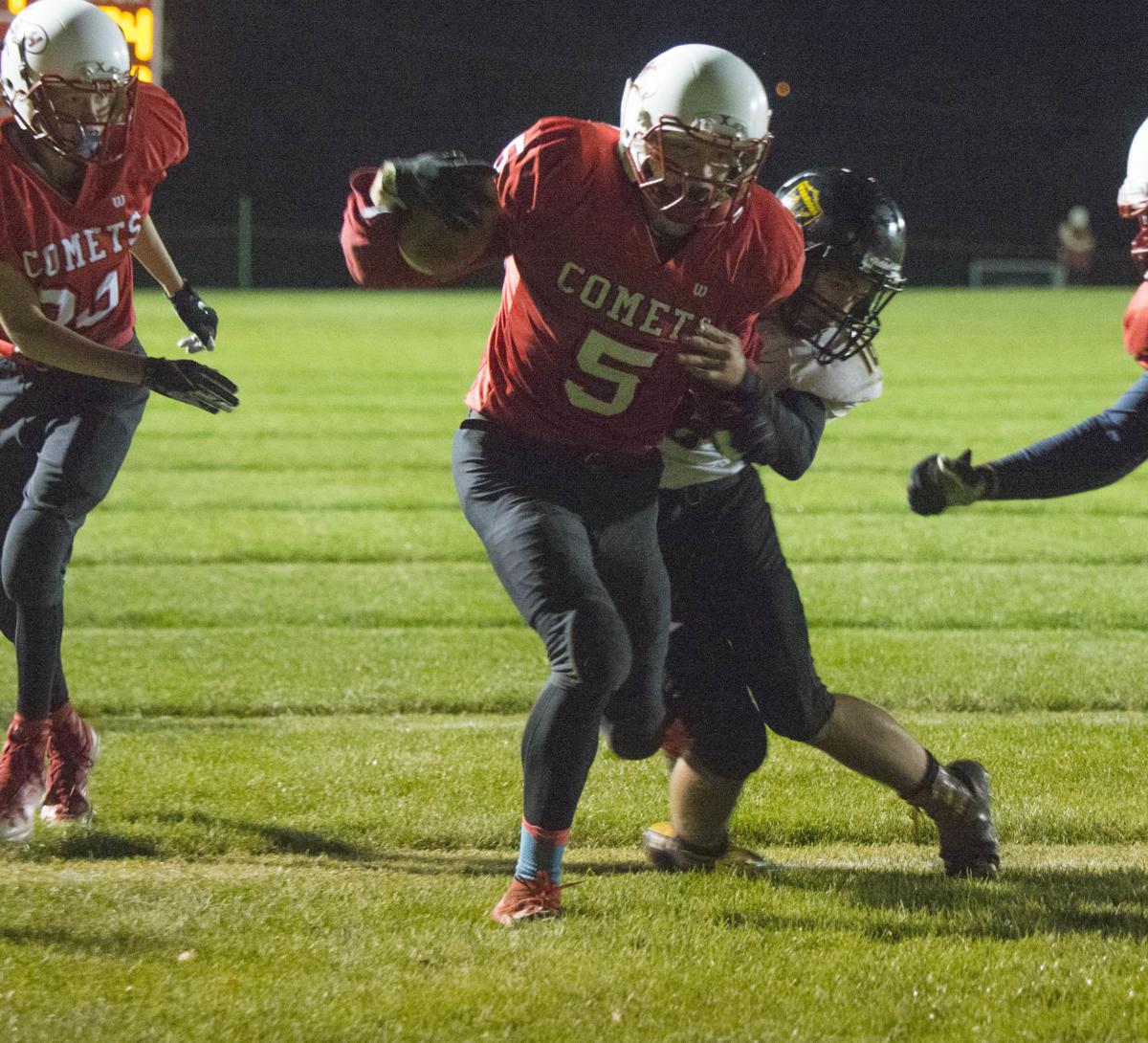 Breaking the plane: Hillcrest Comets football player Thomas Zweirs shrugs off a tackler before crossing the goal line for a touchdown in Friday’s homecoming game against United North Central. 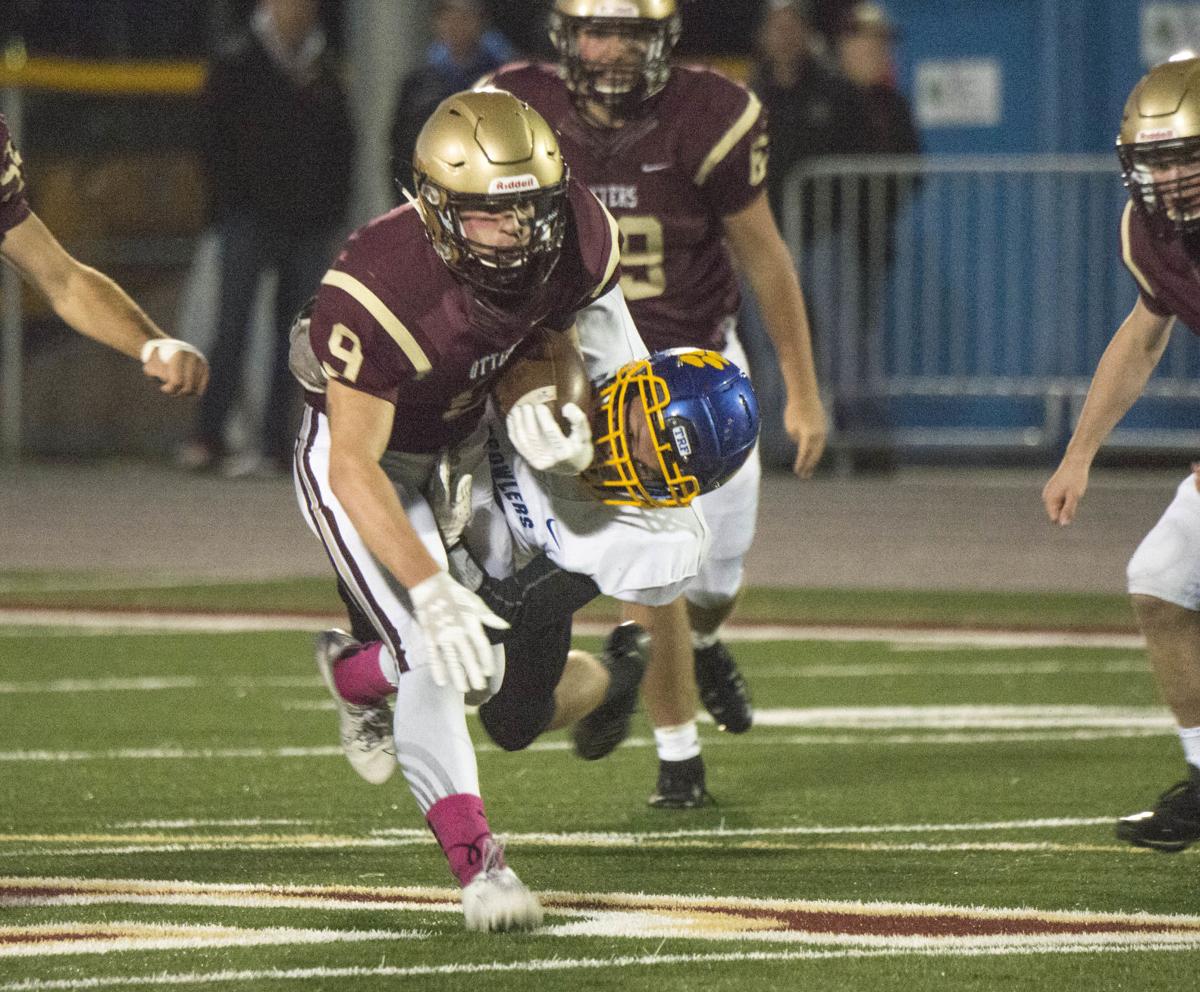 Breaking the plane: Hillcrest Comets football player Thomas Zweirs shrugs off a tackler before crossing the goal line for a touchdown in Friday’s homecoming game against United North Central.

The Hillcrest football team battled against United North Central Friday. But it would be the visiting  Warriors that would leave the field with a 44-42 overtime victory.

“It was tied 36-36 at the end of regulation,” Comets head coach Derrick Clark said. “UNC scored first in OT and converted their 2-point conversion. We scored on fourth down on a pass from Caden Fischer to Zeke Irhke, but Fischer’s pass to Ben Christenson fell incomplete on the 2-point conversion to end the game.

No stats were reported.